Tokyo officials: Boy youngest to die of COVID-19 in the capital 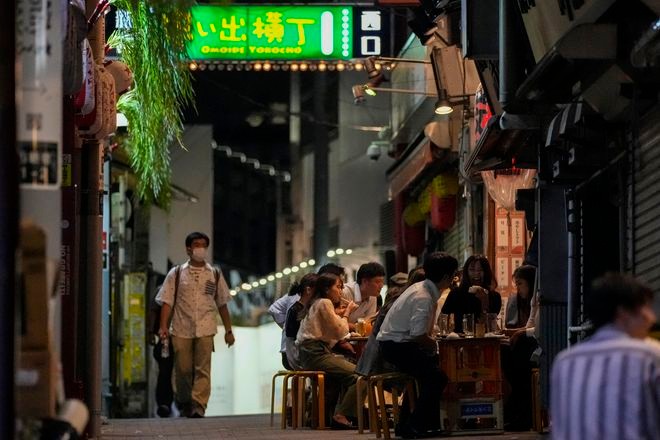 People enjoy drinks served at bars in an alley in the capital on Sept. 22 despite the Tokyo metropolitan government's requests to halt booze sales during the state of emergency. (AP Photo)

Tokyo on Sept. 28 reported the youngest COVID-19 fatality in the capital, a boy between the ages of 10 and 19.

Metropolitan government officials did not disclose the exact age of the victim but said he was the first in that age group to die from the disease and was among eight deaths confirmed in the capital.

The officials also reported 248 new COVID-19 cases, down by five from the previous Tuesday.

The tally brought the daily average of new infections in the capital over the week through Sept. 28 to 340.9, or 51.3 percent of the figure for the preceding week.

It was also the 37th consecutive day for the number of new cases to drop from the same day a week earlier.

The number of serious cases in the capital requiring ventilators or extracorporeal membrane oxygenation, also known as an ECMO lung bypass machine, dropped by eight from the previous day to 117.