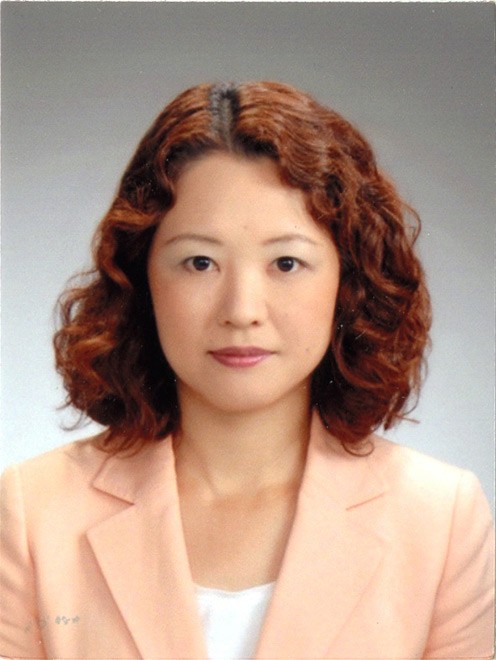 Tomoko Yoshino (Provided by the Japanese Association of Metal, Machinery and Manufacturing Workers)

Japan’s largest labor organization is expected to appoint a woman to its chairperson position for the first time ever.

Tomoko Yoshino, 55, vice chair of Rengo, the Japanese Trade Union Confederation, will replace the current chairman, Rikio Kozu, 65, at a convention in October to become the eighth head of the organization.

The selection process had dragged on longer than usual because of internal political struggles. But with a general election just around the corner and major challenges on the horizon, the organization has now settled on its leadership picks.

The committee that makes recommendations for officers of the organization on Sept. 28 decided to nominate Yoshino to become the first woman to lead Rengo since it was established in 1989.

“We should not overemphasize gender, but we will take a step toward gender equality both in name and substance,” said Junsuke Nanba, who heads the recommendation committee.

Yoshino has tackled issues regarding women’s wages and work environments in a union in the manufacturing industry, where there are few women.

It will be the first time that someone from a union representing a public sector will serve as Rengo’s secretary-general.

These recommendations were approved by Rengo’s central executive committee on the same day.

Yoshino and Shimizu will be formally selected to these positions at a regular convention in October.

Yoshino had joined a union for Juki Corp., a company that manufactures sewing machines, and headed the union’s central executive committee.

Since 2015, she has served as vice chair of the Japanese Association of Metal, Machinery and Manufacturing Workers (JAM).

It will be the first time for a person from JAM to chair Rengo.

Kozu, as well as Yasunobu Aihara, 61, a secretary-general, will step down.

Yoshino taking the reins of the organization is part of a recent trend of more women being appointed to top positions in labor circles.

The National Confederation of Trade Unions (Zenroren) selected a woman as its chair for the first time in 2020.

In the United States, the AFL-CIO elected its first woman president earlier this year.

The current and former chairs of Rengo have come from unions of major companies, such as an iron and steel maker, an electric power company, a chemical maker and an electric appliances maker.

The appointment of Shimizu is also significant.

Rengo’s secretary-general position, which assumes a major role in the annual spring labor offensive, has long been occupied by people from unions at private companies.

Kozu, the current chair, said at a news conference on Sept. 28 that civil service workers have shouldered more of a burden during the COVID-19 pandemic.

“The working conditions for civil service workers, including schoolteachers and staff, have been left unattended,” Kozu said, hoping Shimizu will push for improvements.

Typically, Rengo’s new chair would be decided on by the end of August, but the selection process was dragged out this time.

It ran into rough waters because of a political tug of war among affiliated industry-based labor organizations. Divisions broke out between supporters of the Constitutional Democratic Party of Japan (CDP) and the Democratic Party for the People (DPP).

A person related to the matter said the new chair’s job is “like picking chestnuts out of the fire” because of the divisions among Rengo members.

Initially in the selection process, Aihara, who hails from a union at Toyota Motor Corp., was a top contender to assume the chair position, and he was willing to take on the role.

But he could not obtain a recommendation from the Confederation of Japan Automobile Workers’ Unions.

Aihara had led the way for Rengo to support the CDP.

That worked against him in obtaining a recommendation from certain unions that support the DPP.

Several other candidates were also considered in the process.

But some of them declined the offer. Others were met with opposition from some unions.

Initially, Rengo was soliciting candidates up until Sept. 22. But in a rare move, that was extended to Sept. 30 because the organization could not reach a conclusion in time.

With October’s regular convention quickly approaching, the committee has finally landed on Yoshino.

Rengo’s new leadership has its work cut out for it with tough challenges just ahead.

The question is whether Rengo can become a unifying force to facilitate cooperation among the opposition parties.