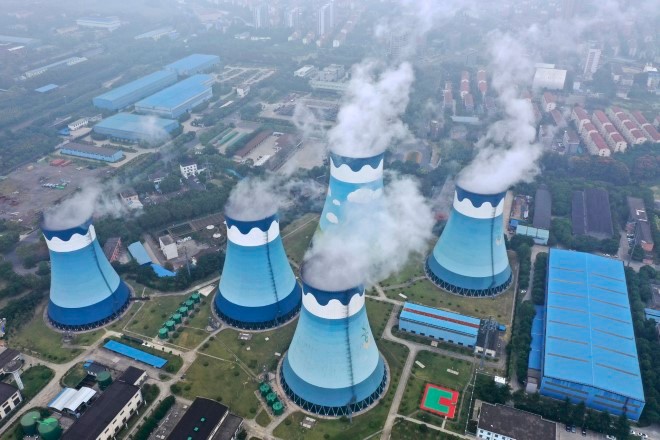 BEIJING--China’s all-powerful economic planning agency waded into the country’s power crunch on Wednesday, attempting to reassure residents and businesses in areas hardest hit by shortages that it has the coal use and supply situation under close watch.

The state planner, the National Development and Reform Commission (NDRC), said it has asked local governments to closely monitor coal use and stocks at power plants and to improve fulfilment of medium- and long-term contracts to supply thermal coal.

The move comes as electricity shortages continue to paralyze parts of the world’s no. 2 economy in various regions, particularly the northeast. A shortage of coal supplies, toughening emissions standards and strong demand from manufacturers have pushed coal prices to record highs, sparking widespread curbs on usage while dimming economic growth outlook.

China has already called for an increase in imports and ramping up domestic production of coal, a key fuel used for the majority of its power generation.

Northeastern China is one of the hardest-hit regions with news reports and social media posts flagging problems in cities like traffic lights and 3G communications networks being down, fear of water supply disruptions and shops operating by candlelight.

Officials have sought to reassure citizens coal supply will be adequate ahead of the upcoming winter and rising demand for fuel for heating.

The main state grid operator has also attempted to calm customers twice this week, saying it would work to guarantee coal supply and strictly control power use by high-energy consuming and polluting sectors, ensuring power supply to residents during the October holidays and winter heating season.

On Wednesday the People’s Daily reported coal resources for heating and power generation in the northeastern provinces of Jilin, Heilongjiang and Liaoning had been ensured as some suppliers and producers signed medium and long-term coal contracts recently.