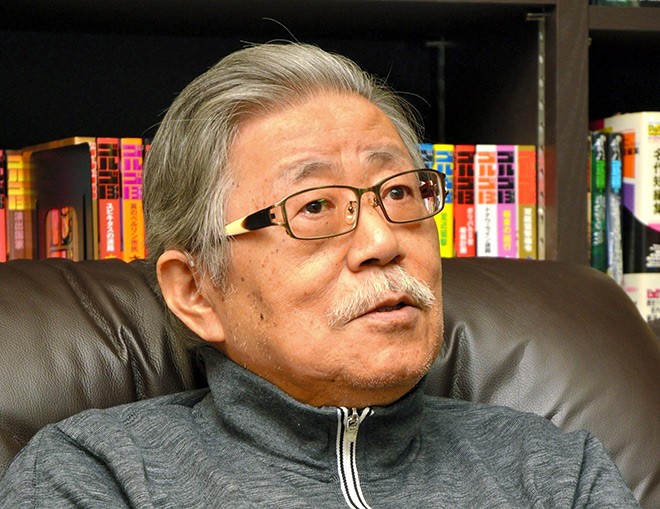 Takao Saito, a cartoonist widely known for his popular manga series “Golgo 13,” died of pancreatic cancer on Sept. 24. He was 84.

“Golgo 13” will continue to be carried in the magazine by Saito Production with help from the magazine editors, as per Saito’s instructions that the manga, which has run since 1968, be continued after his death.

Saito earlier established a system of division of labor for creating the manga, including for its scripting and illustration.

The 202nd volume of “Golgo 13” was published in September, taking the total number of copies of the manga series to more than 200 million.

In July, when the 201st volume was published, the manga was listed in Guinness World Records as having the largest number of volumes of a single manga series.

Saito was born in Wakayama Prefecture and raised in Osaka Prefecture. After graduating from junior high school, he drew his cartoons while working at his parents’ barbershop.

He made his manga debut with “Baron Air” in 1955 and in 1960 established Saito Production.

“Golgo 13” contains complicated stories, reflecting what is happening around the real world.

The protagonist, a superb sniper, notches successes in assassinating targets as he overcomes obstacles with his extreme skills.

The manga obtained great popularity among readers and was adapted into a movie in 1973 that cast the late Ken Takakura, who was the original model for "Golgo 13." It was remade as an animation as well.

Saito continued to draw the manga for Big Comic without rest for more than 50 years. But in May 2020, it was not carried in the magazine for the first time due to the impact of the novel coronavirus.

Saito restarted it in July, however, after taking anti-virus measures at his office.

Saito also authored other famous works, including the period drama “Muyonosuke” and “Survival,” a story about a boy struggling to live his life alone after a huge earthquake.

He was awarded the Medal with Purple Ribbon in 2003 and the Order of the Rising Sun, Gold Rays with Rosette in 2010 by the Japanese government.