VOX POPULI: The LDP has a new face, but the change seems only cosmetic 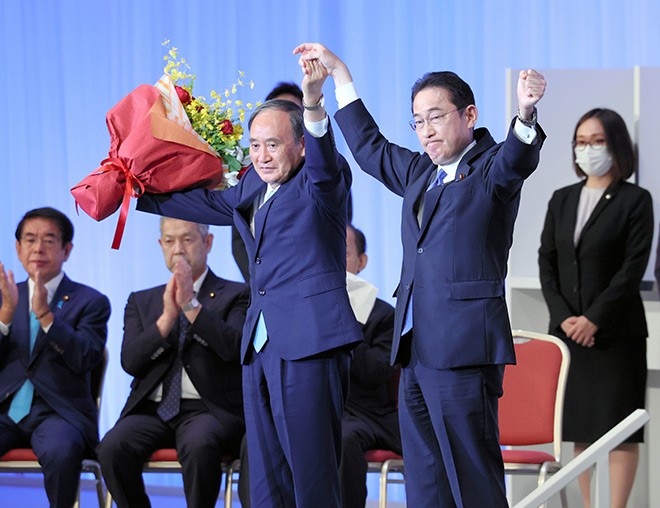 It takes years for a jagged stone to become smoother and rounder from constant exposure to flowing water.

But I saw this process play out in fast-forward, so to speak, during the 12 days of the Liberal Democratic Party's presidential election campaign.

When he appeared on a Tokyo Broadcasting System (TBS) satellite news program in the early days of the campaign, he was asked to comment on the necessity of reinvestigating the scandal.

He replied firmly: "This is a matter for the public to decide. And since the people are saying that (the scandal) has not been investigated sufficiently, this is an issue I need to explain further."

But it took him no more than four days to start backpedaling.

Did Kishida change course in hopes of securing the support of former Prime Minister Shinzo Abe and other LDP bigwigs who want the case closed?

Taro Kono, who faced Kishida in the runoff, also toned down his earlier crusade against nuclear power generation.

During a presidential debate hosted by the Japan National Press Club, Kono pledged to decommission reactors that have reached the end of their serviceable years. But instead of honoring the original 40-year rule, he agreed all too readily to extending the duration to 60 years.

Moreover, he even spoke in favor of restarting idled reactors. His policy now is no different from that of the current government.

As for COVID-19 pandemic-response measures, none of the presidential candidates had any ambitious--or rough--ideas to begin with. And missing from the debate was any examination of why the outgoing administration was so disastrously reactive in securing hospital beds for COVID-19 patients.

Failure to identify and examine past mistakes is bound to invite further mistakes.

This is bad, especially since the nation now needs not only to prepare for a next wave of infections, but also to think ahead to the emergence of an even more virulent and fatal infectious disease in the future.

When all is said and done, the LDP has at least renewed its front cover.

"I will show the people a reborn LDP," Kishida said.

We'll see if he can prove that with his actions.