3A influence lift Kishida to the top, knock down Kono, Nikai 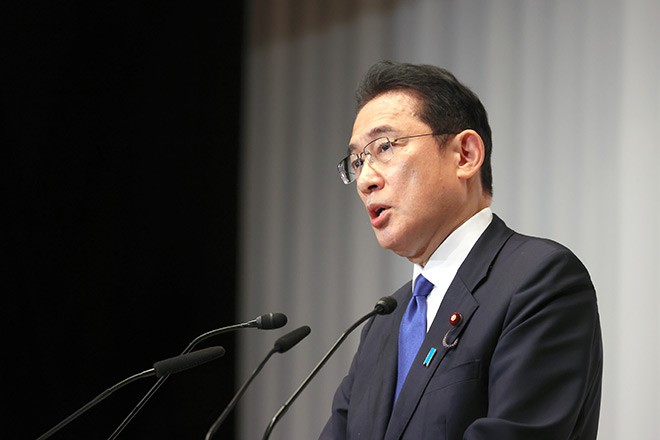 Former Prime Minister Abe in particular worked hard to ensure that Taro Kono, the state minister in charge of administrative reform, did not win the race because of major policy differences.

Finance Minister Aso had been placed in a bind because he has long been a close ally of Abe, but Kono is a member of the Aso faction.

However, Aso found it easier to provide only lukewarm support for his faction member after Shigeru Ishiba, a former LDP secretary-general, announced he was supporting Kono in the LDP election.

Both Abe and Aso have long been targets of criticism from Ishiba.

Still, Aso could not openly work against Kono’s candidacy.

But then Amari, the chairman of the LDP’s Research Commission on the Tax System, came into play.

Amari was a key member of the Kishida camp during the LDP presidential campaign and served as an intermediary to both Abe and Aso.

Kono’s strategy seemed focused on using his public popularity to win an outright majority in the first round of voting and avoid a runoff dominated by votes from Diet members.

Kishida, however, narrowly gained the most votes in the first round. The close coordination of the 3A cemented his victory in the runoff, where he won 87 more votes than Kono.

The efforts of the 3A also appeared indirectly targeted at LDP Secretary-General Toshihiro Nikai, who was almost nowhere to be seen in this year’s race.

In last year’s LDP presidential election, Nikai was the first to express support for Yoshihide Suga.

That led to other major factions jumping on the Suga bandwagon and essentially ensured his victory even before the campaign officially began.

But this time around, the Nikai faction did not rally behind a single candidate in the first round of voting. And it also made no decision concerning a possible runoff, allowing faction members to make up their minds on their own.

After the election on Sept. 29, a reporter asked Nikai who he voted for in the runoff.

“There is no need for me to tell you,” he replied.

One LDP lawmaker said the tables had been turned from a year ago.

“The 3A have regained their influence while Nikai’s power has weakened considerably,” the lawmaker said.

(This article was written by Natsuki Okamura and Yuichi Nobira.)