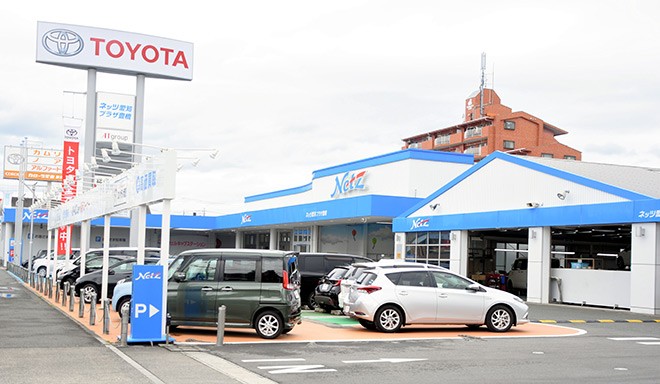 Toyota Motor Corp. on Sept. 29 said it had confirmed 1,501 cases of falsified vehicle inspections at 15 outlets of 14 affiliated sales companies.

The number included cases of falsified vehicle inspections that Toyota in July admitted had occurred.

Additionally, more than 5,000 cases of falsified vehicle inspections were reported at outlets in Aichi Prefecture in March.

In total, 6,659 cases at 16 outlets of 15 affiliated sales companies have been confirmed by Toyota to date.

Toyota, in response to a series of falsified vehicle inspections, had performed an overhaul of 4,852 outlets nationwide.

The automaker said it has received no reports of accidents or mechanical failures resulting from the bogus inspections but will offer free reinspections of affected vehicles.

Outlets that falsified reports failed to conduct necessary inspections on exhaust gas components and speedometers, or tampered with the headlight inspection results, a violation of the Road Transport Vehicles Law.

“We have overtaxed the staff because of our management’s attitudes that focus on business outcomes and goal achievement,” said Yasuhiko Sato, who heads Toyota’s operation of domestic marketing business, at an online news conference.

It will also review the current evaluation system in which outlets that conduct a high number of vehicle inspections are officially commended.

Toyota also said it will film vehicle inspections and other operations to prevent fraud by outlets, and so a third party can check if an inspection has been properly conducted.

The company will also introduce a system in which results of vehicle inspections, which are an important method for checking if a vehicle meets a safety standard, will be automatically forwarded and cannot be altered by outlets.

In the auto industry, where labor shortages have been a serious concern, Sato said not only the number of people who aspire to be mechanics has decreased but active mechanics have switched careers because of working conditions and long working hours.

Sato said the company will introduce equipment that will ease operations, review working conditions and spread the workload to other outlets.

Meanwhile, Aichi prefectural police have searched a Toyota outlet in Toyohashi, Aichi Prefecture, where the very first case of falsifying vehicle inspection data was exposed at a Toyota outlet.

The search was conducted in August, a representative of the outlet said.

“The entire company will respond sincerely to and cooperate with the investigation completely,” the representative said.