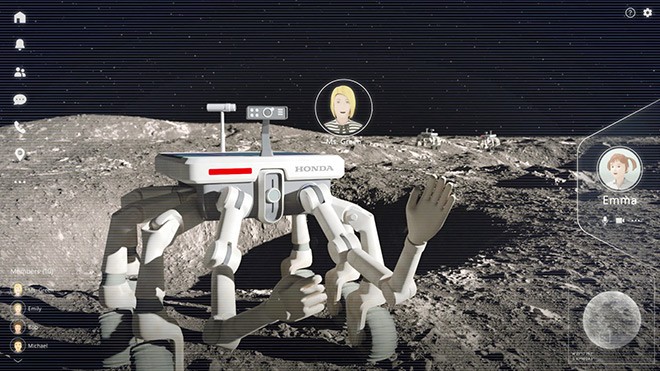 Honda Motor Co. is boldly going where no other Japanese automaker has gone before: outer space.

The company on Sept. 30 announced plans to branch into the space sector that include putting robots on the moon and developing technology so humans en route to Mars can live there.

Its first goal is to develop a rocket that can launch a satellite within the next decade.

The company, whose corporate philosophy has long encouraged coming up with new ideas by thinking outside the box, is the first domestic automaker to express an interest into blasting off into the space sector.

Honda officials said they were considering developing avatar robots capable of operating on the moon.

The initial rockets to be developed would seek suborbital launches of small satellites that could be used for communications or Earth observation. The initial launch would place the satellites at altitudes of about 100 kilometers, with further work to increase the altitude.

Honda had some of its younger engineers begin work on rocket technology from the end of 2019 by applying the combustion technology obtained through developing engines.

Because the moon is being projected as a transit point for travel to and exploration of Mars, Honda will also work on technology to allow for living on the moon.

Honda is working with the Japan Aerospace Exploration Agency to develop a system to produce the water and oxygen needed to survive on the moon.

The company also hopes to develop avatar robots that would be remotely controlled from Earth from the 2030s and beyond when various projects are deployed on the moon.

Because of the communication delay between Earth and the moon, the eventual goal is to use artificial intelligence in the avatar robots to predict what the robot operator will want to do based on visual perception and the movement of the arms of the robot to ensure its smooth functioning.

The global scale of the space industry in 2040 is forecast to triple from the 40 trillion yen ($359 billion) or so scale of 2020, according to the NTT Data Institute of Management Consulting Inc.

But with venture capital companies also getting into the satellite launching business, Honda will face stiff competition in the new sector. And because of the high development costs associated with the space industry, it will not be easy for Honda to turn a profit.

Testing of a prototype is expected to begin in North America from 2023, with commercialization of the eVTOL slated for after 2030.

Honda is moving into a new sector in part because its main automobile sector has not been growing as initially planned.

While the company set a goal in the 2010s of 6 million cars sold globally, the objective has not been met and the company has announced the closure of its Sayama plant in Saitama Prefecture in fiscal 2021.

In October 2020, Honda announced that it was ending its participation as a racing engine supplier in the FIA Formula One World Championship at the end of the 2021 season.

Honda also announced in April all vehicles sold in 2040 would be either electric or fuel cell vehicles. That goal was set even though the two types of vehicles now only represent less than 1 percent of all Honda vehicles sold globally.