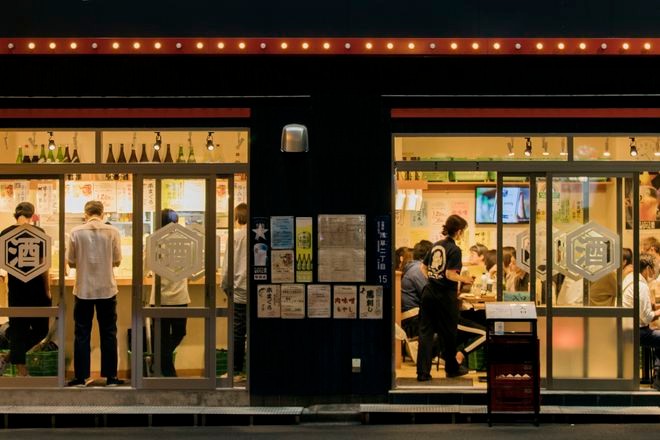 Customers are seen at a restaurant after 8 p.m., the time the government had advised eateries to close under its state of emergency, in the famed Asakusa tourist spot in Tokyo on Sept. 30. (AP Photo)

For the first time in about two months, Tokyo has fewer than 100 COVID-19 patients with serious symptoms who require a ventilator or other equipment to breathe.

Meanwhile, officials confirmed 200 fresh COVID-19 cases on Oct. 1, the 40th consecutive day the daily tally has been under that of the same day of the previous week.

Officials also said there were 14 deaths from the illness.

For the week ending Oct. 1, the daily average of new cases was 252.6, which was 53.8 percent of the average of the previous week.