Sources: Kishida to move up Lower House election to Oct. 31 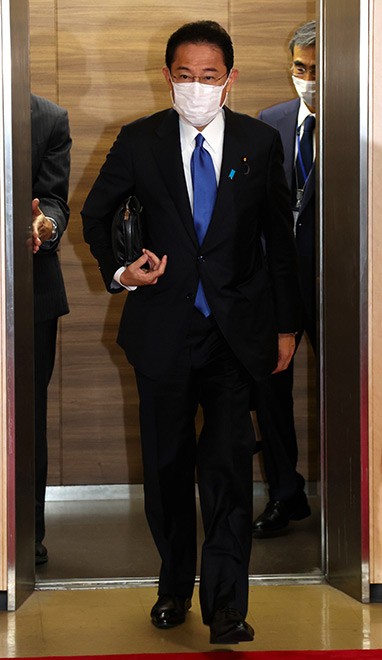 Earlier reports indicated that the Lower House election would be held on Nov. 7.

The main issues for voters in the Lower House election include whether the new administration will follow the course set by Abe and Suga.

Opposition leaders have said that course has improved the economy but widened income disparities in Japan.

The government’s response to the novel coronavirus pandemic will remain a hot topic, as will support to families raising school-age children.

Voters will also closely watch how Kishida responds to calls from the opposition bloc and the public for further investigations into a series of scandals involving the Suga and Abe administrations.

Holding the Lower House election on Oct. 31 would create a tight election schedule.

If the Lower House is dissolved on Oct. 14, the last day of the extraordinary Diet session, politicians and parties will have just 17 days to prepare for an Oct. 31 vote, the shortest period between a dissolution of the chamber and a national election in the postwar period.

That schedule would also give local governments little time to prepare for the voting.

One reason for the early push is that the LDP wants to cash in on the traditionally high approval ratings for a new administration.

The LDP is optimistic that the ratings will rebound sharply for the Kishida Cabinet from the declining support numbers for the Suga Cabinet.

“It will be wise to hold the Lower House election at the earliest possible date when the public still has high expectations” for the new Cabinet, an LDP official said.

In addition, aides to Kishida said the new prime minister wants more time after the election to get many things done by the year-end, such as drawing up measures against the novel coronavirus pandemic, economic programs and a supplementary budget.