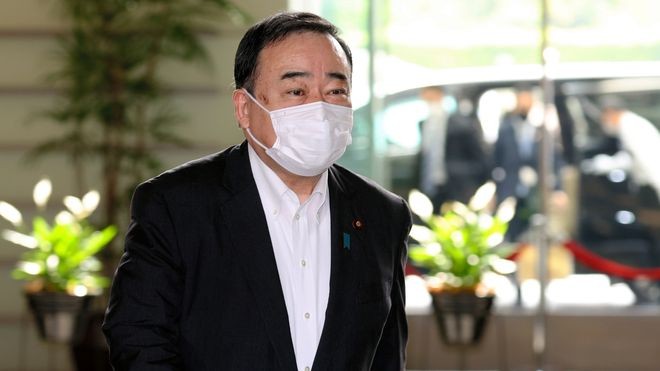 Japan is focusing on its neighbors in Asia as it hopes to take a leadership role in the growing push to reduce emissions, having earmarked $10 billion to help the region speed up the move away from fossil fuels.

The Economy and Industry Ministry hosted the first “Asia green growth partnership” meeting Monday, bringing together more than 20 nations, including Thailand and India, as well as the U.S., Australia and countries in the Middle East.

“There are a variety of energy transition pathways in each country. It is most effective to make efforts according to each country’s economic, social and energy situation and technological capabilities,” said Hiroshi Kajiyama, the outgoing minister, with the Cabinet reshuffle being held about the same time as the meeting.

He stressed the importance of various options, “such as nuclear power, hydrogen and ammonia, to promote energy transitions in a realistic way.”

The meeting was held online because of COVID-19 restrictions. Japan hopes it will be an annual gathering, with the goal of helping nations meet the Paris accord on climate change. The goal of the Paris accord is to cap global temperature rise at 1.5 degrees Celsius (2.7 Fahrenheit) by 2100.

A ministry official told The Associated Press the effort to get Asia on board helps Japan’s energy transition in the long run because that would mean a bigger market in that sector, which Japan sees as critical. Asian nations will be free to develop their own solutions, he said, speaking on customary condition of anonymity.

The minister’s statement that there is no “single pathway to carbon neutrality” echoes the views of the International Energy Agency, based in Paris, which also took part in Monday’s meeting.

China was invited but is not taking part, citing the recent national holidays.

Japan has among the world’s highest per capita emissions, although experts say it holds potential in making a shift to renewable energy because of its natural environment and technological prowess.

Japan remains more than 80 percent dependent on fossil fuels but ranks third in the world in solar power generation capacity after China and the U.S., according to IEA data.