Toyota debuts 3-wheel electric scooter for use in airports, malls 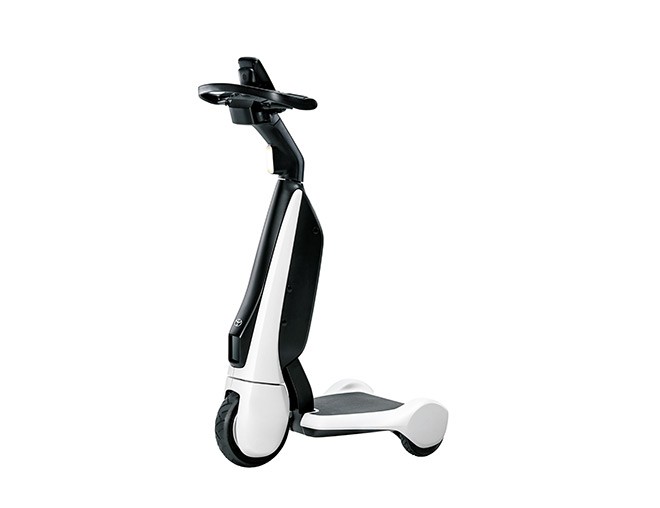 Toyota Motor Corp. has started selling a three-wheel electric scooter for buzzing around airports, malls and other spacious areas.

The stand up scooter, called the C+walk T, will help ease the burden on workers, such as security guards, who have to trudge around large facilities to carry out their duties, the company said.

The single-use battery-powered vehicle, which is 121 centimeters tall, travels at a maximum speed of 10 kph and can run for up to about 14 km nonstop, Toyota said.

A recharger included in the package can fully charge the scooter’s detachable lithium-ion battery in about two and a half hours.

The company envisions people riding the C+walk T on sidewalks, but the scooter has yet to be legally certified for use on public roads.