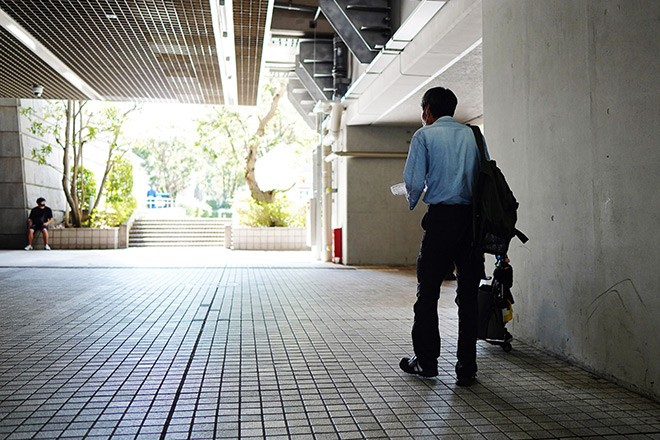 Prime Minister Fumio Kishida vowed to rework “Abenomics” to narrow income disparities, but he left out some important details, such as how he will actually dismantle such long-entrenched policies and finance his new programs.

One of his first challenges as the nation’s leader will be rebuilding Japan’s economy that has been battered by the COVID-19 pandemic.

The Abenomics package of economic measures, started by the Shinzo Abe administration and continued by the Yoshihide Suga Cabinet, has been criticized as helping the rich get richer while leaving behind lower wage earners.

At an Oct. 4 news conference, Kishida said he wants to rejuvenate the economy through a “positive cycle of growth and a redistribution (of wealth).”

“When the fruits of growth are not redistributed, consumer demand will not pick up, and you can’t expect new growth,” the prime minister said. “Without redistribution, we will not have the next growth.”

He did not spell out how he intends to achieve these goals.

Kishida has promoted financial support for families with small children and raising the general wage levels for nurses and other health care workers.

But he has not said how he would secure government finances for these measures.

A senior official of the Ministry of Health, Labor and Welfare, which handles social security policy, questioned Kishida’s support policy.

“How will (he) shape these dole-out policies? I have yet to see details or specifics,” the official said.

The official also said Kishida will face a big challenge in his plan to help families with small children pay for housing and education costs.

“We have no precedent (for that),” the official said.

Kishida is also expected to establish a committee to discuss the so-called official price set by the central government, in principle, for services provided at hospitals, nursing homes and child care centers.

“I will drastically overhaul the whole concept of the official price,” Kishida said at the news conference.

His plan is apparently to make price adjustments that will lead to higher wages for people in the health care, care-giving and child care industries.

But it is unclear if raising the official price will be directly reflected in the workers’ pay. There are also concerns that a price increase could simply add to the financial burden of users of these services.

Kishida said he is looking out for the well-being of other workers by, for example, widening the safety net so that freelancers are covered by social insurance.

He has said he will “provide individual cash benefits to people in vulnerable positions” and who are struggling to make ends meet in the pandemic.

Social security costs have been ballooning year after year as the population rapidly ages. Kishida’s plan would require an enormous amount of additional funds.

During the race for president of the Liberal Democratic Party, Kishida said his plans would require the issuance of government bonds for a while.

He also said he is not considering raising taxes on the general public. However, he is willing to increase taxes on financial gains of the wealthy to correct income disparities in Japan.

The income tax rate rises for higher income levels up to a maximum of 45 percent.

But the income tax rate for stock sales, dividend payments and other finance-related gains is 20 percent across-the-board.

For affluent individuals whose stock investments make up the bulk of their income, the income tax rate can decrease if the level exceeds 100 million yen ($900,000).

“It is necessary to think about raising the financial tax rate with ‘the wall of 100 million yen’ in mind,” Kishida said on Oct. 4.

The subject could become a topic of discussion ahead of the tax system revision next fiscal year.

But if the financial tax rate is raised across the board, low-income earners could also be subjected to a tax hike.

Some politicians said a financial tax increase could reduce investments in stocks and put downward pressure on share prices.

In addition, revenue from a financial tax increase would pale in comparison to the amount received from a consumption tax hike.

Shigeyuki Goto, the newly appointed health and welfare minister, is expected to play a key role in trying to balance the expanding social security support with securing a financial source.

Goto, a former Finance Ministry bureaucrat, led recommendations for the central government to introduce a system that forces people aged 75 or older to cover 20 percent of their social security costs.

Goto also drafted the LDP’s recommendations to the central government regarding economic measures during the COVID-19 pandemic.

Negotiations between Goto and Finance Minister Shunichi Suzuki will likely be in the spotlight.

Kishida is pushing a project to make Japan a scientific and technological powerhouse, as well as a policy to achieve economic security.

He also upholds the idea of building a “nation of digital garden cities” as part of his economic growth strategy.

Building digital infrastructure, such as a 5G network, to encourage teleworking and make health care and education available remotely could correct the overconcentration in Tokyo.

Kishida says he wants to promote a “double-region lifestyle,” in which people go back and forth between a city and a rural area.

To ensure elderly people are not left in the dark with the technological advances, Kishida will dispatch digital promotion members around the nation to provide information.

However, details of the plan are still sketchy on how to reach and inform that growing segment of the population.