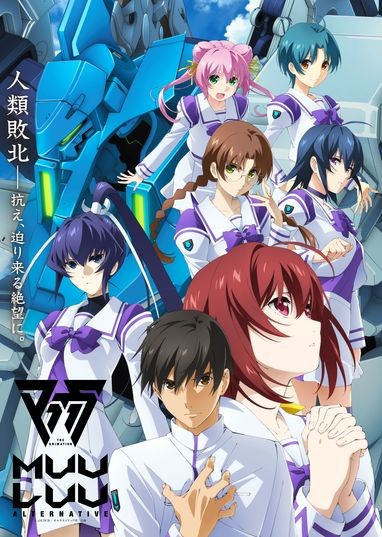 Capitalizing on the worldwide popularity of Japanese anime, the broadcaster aims to produce titles more intended for overseas audiences by working with the streamer from the planning stage.

"On the premise that Japanese customers can enjoy (new shows), we want to ask questions and ask for suggestions from Crunchyroll on whether they will also be accepted by overseas users," said Fuji TV producer Akitoshi Mori.

Airing from 12:55 a.m. on Thursdays, the +Ultra slot started in October 2018 to present "Beastars," "Drifting Dragons" and other shows.

According to Fuji TV, Crunchyroll streams anime in at least 200 countries and territories around the world, boasting 120 million non-paying members and 5 million paid subscribers.

The two companies will collaborate in a joint production system.

Ahead of their collaboration, Crunchyroll will exclusively stream "Muv-Luv Alternative," which began airing in October in Japan, in North America, Europe and other countries and territories outside Asia.

The two companies will bring in Slow Curve Co., a producer of anime and other content, to begin a full-scale collaboration in April 2022.

Their future lineup includes "Estab-Life," for which "Code Geass: Lelouch of the Rebellion" director Goro Taniguchi will serve as chief director, and a project being developed by manga artist Tsutomu Nihei, best known for "Knight of Sidonia," and Polygon Pictures Inc.