Study: drinking in public doubles risk of getting COVID-19 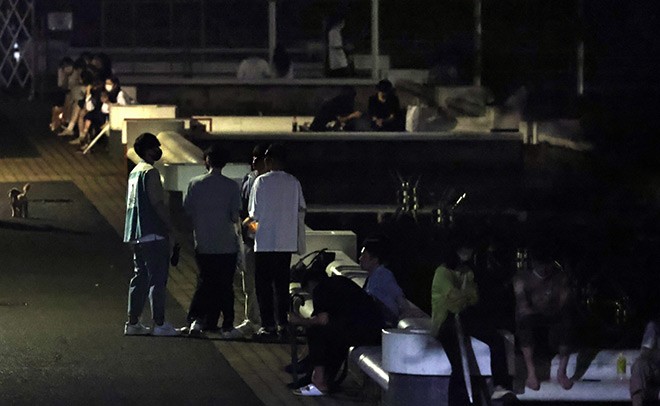 In a sobering finding, researchers have determined that drinking out in public or even at home with friends can double the risk of becoming infected with the novel coronavirus.

That is according to a recent study by the National Institute of Infectious Diseases (NIID).

In the study, the institute compared not only various activities, but also the type of face mask worn as well as how the masks were used.

The study, conducted between June and July, looked at 753 individuals who visited five medical institutions in Tokyo complaining of fever. None of the individuals had been vaccinated for COVID-19.

In addition to testing for the virus, the individuals were asked to recall their activities over the two weeks prior to developing fever.

One finding was that those who drank even once at home with those who were not cohabitants were 2.1 times more likely to become infected than those who did not. The risk of drinking at parks or on the streets was also 2.34 times higher.

Those who went to a karaoke parlor with two or more people were 9.32 times more likely to become infected.

On the other hand, there was no increase in the infection risk for those who went to department stores or shopping centers.

Those who removed their face mask throughout the meal were 3.92 times more likely to become infected, but those who only took off their mask when eating had no higher risk of infection.

“We want people to avoid meals that involve many people and which extend over a number of hours, but there may not be a problem with having meals at restaurants with family members or a small number of people,” he said.