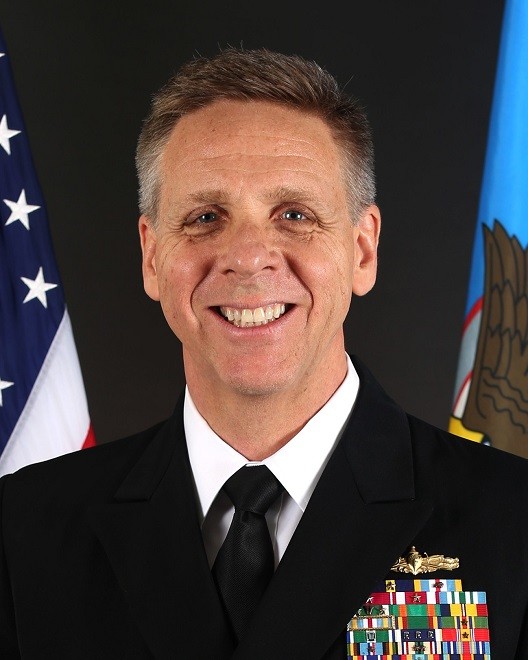 WASHINGTON--China’s military advances and enhanced capabilities underscore the “erosion” of conventional deterrence that U.S. and Japanese forces have provided in the region, Adm. Philip Davidson, who was commander of U.S. Indo-Pacific Command (INDOPACOM) until this April, warned.

In an interview with The Asahi Shimbun, Davidson stressed that INDOPACOM’s plan to build a network of precision-strike missiles along the first island chain, which stretches from Okinawa Prefecture through Taiwan and the Philippines, would enhance the conventional deterrence in the Indo-Pacific region.

At a U.S. Senate Armed Services Committee hearing in March, Davidson drew broad attention when he said that China could take control of Taiwan “in the next six years.”

“China is closing the gap it perceives in capability and capacity of the U.S.,” he said in the interview, citing four reasons for his view.

Firstly, he said, China is investing in fourth- and fifth-generation fighters, ballistic missiles and hypersonic weapons.

Secondly, it is advancing its training in and around the Senkaku Islands, Taiwan and the South China Sea, Davidson said.

Thirdly, he cited China’s reorganization in 2016 of its forces into a joint structure, which has added leverage to their training.

And fourthly, China is advancing combat support capabilities for logistics and sustainment, he said.

The advances in ballistic and hypersonic missile technology “is really changing the security paradigm,” Davidson said.

He said his assessment of the timing of the Chinese threat “in the next six years” was also based on “(Chinese President) Xi Jinping’s own political ambitions and the potential or non-potential of transition (into his fourth presidency) in 2027.”

Davidson told the Senate Armed Services Committee that it was necessary to reassess the U.S. “strategic ambiguity” policy toward Taiwan.

“At that time, I (spoke) as a strategist (and) set aside my role as the INDOPACOM commander,” he told The Asahi Shimbun. “I think you should always be assessing strategy.”

However, he added, “In the last few months, I think there has been a review of the policy of strategic ambiguity, when it comes to Taiwan, and it’s been determined that that should be sustained, and I am in full support of that.”

He further explained his views of INDOPACOM’s plan to build a network of ground-based missiles with a range of more than 500 kilometers along the first island chain against the development of the Chinese military power.

“You cannot deter by defense alone,” Davidson said. “An adversary has to know that there is punishment in the offing that would drive up their cost--and all those costs are economic and military and diplomatic and internal security, all those kinds of things.”

He also said that broad discussions in the United States have been held on a concept known as “distributed operations,” which would improve the survivability of all U.S. assets, such as ships and bases.

The plan, which is based on this concept, “improves the deterrent value and the posture of the U.S. forces in the region,” he said.

However, “I understand that … this is a profound policy decision for some nations in the region. There’s no doubt about it,” Davidson said.

He declined to comment on the potential deployment of intermediate-range missiles to Japan. “I won’t speak for Japan. Japan is going to make its own strategic choices.”

He added: “We have been talking about having the capabilities within the first island chain and the second island chain. And the conditions in which you would deploy these things, that’s an important calculus for, I think, Japan’s security establishment, and (for) Japan to make on their own accord.”

About preparations of Japan’s Self Defense Forces for such a scenario, he said, “We need to continue to make missile defense investments, both in the United States, and that would be my recommendation to the Japanese Self-Defense Forces as well.”

He noted that capability in terms of numbers of ships and aircraft will be important in the event of a Taiwan crisis.

In the interview, Davison gave a high opinion of AUKUS, a new security pact between Australia, the United Kingdom and the United States in the Indo-Pacific region, particularly because it would provide nuclear-powered submarine technology to Australia.

“The United States, Japan, India and Australia, coming together on an issue like that or with understanding of the opportunity that’s before them, to help in the region and potentially even globally, I think is incredibly important,” he said.

The alignments through the Quad and AUKUS are “the backbone that binds us together with our security concerns,” he continued. “I hope it encourages others to come together for those who are in favor of a free and open Indo-Pacific.”

Davidson also referred to the threat of North Korea’s development of its missile and nuclear capabilities.

“I would say North Korea represents the most immediate threat in the region, certainly and in many respects to the United States, in the near term,” he said. “It’s unfortunate that North Korea does not see itself as the source of instability that is in Northeast Asia. And their behaviors actually alarm not only Japan, the United States and the Republic of Korea, but China and others in the region as well.”

Davidson emphasized the importance of collaboration and cooperation between the United States, Japan and South Korea to enhance their missile defense capability and deepen their interoperability.