‘Attack 25’ quiz show ends, with no answers for younger market 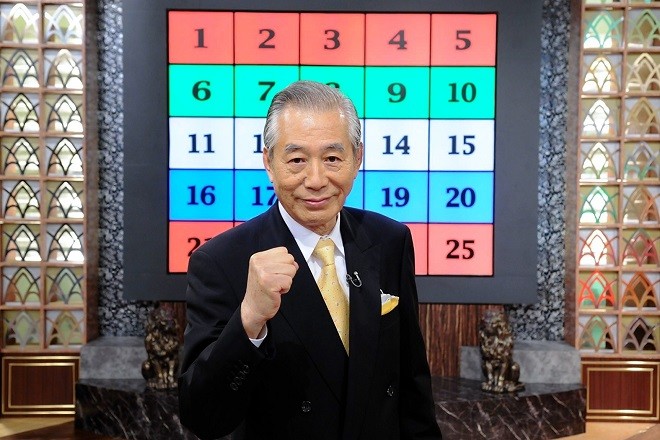 But like other Japanese broadcasting fixtures that have been canceled, the quiz show program could live on in a new format overseas.

The demise of “Attack 25” was fueled by an aging viewership and changing sources of entertainment among young people.

Produced by Asahi Television Broadcasting Corp. (ABC), “Attack 25” started its run in 1975 during the heyday of quiz shows in Japan.

Actor Kiyoshi Kodama served as the first host of the show, which was aired on Sundays on networks affiliated with TV Asahi Corp.

Audience participation was a key part of “Attack 25.” At least 9,000 people solicited from public participated in the show.

Contestants were required to have a wide range of knowledge and a willingness to take risks to compete for 25 numbered boxes in a similar manner to the board game Reversi.

Viewers were often fixated on how fast the contestants would buzz in, sometimes even before the presenter finished reading the question. Their quick answers often had nothing to do with the complete question.

The highlight of the show was a rule that made it possible for a contestant to come from behind in the final phase of the game.

“The unpredictable and thrilling development brought by the ‘Attack Chance’ rule may have supported its popularity for so many years,” said producer Toshikane Akiyama.

In its peak year of 1979, “Attack 25” achieved a viewer rating of 24.2 percent in the Kansai region, according to audience rating firm Video Research Ltd.

But quiz shows focusing on more pedantic questions have become more popular. And the viewing rating for “Attack 25” hovered between 5 and 7 percent in recent years.

The final episode aired at 12:55 p.m. on Sept. 26, featuring four of the successive champions who made it to the final round.

LEFT BEHIND BY YOUNG VIEWERS

“We must review our content lineup to target young viewers,” ABC President Shinya Yamamoto said at a news conference in July.

He emphasized the importance of attracting audience members 49 years old or younger, an age group called “U49.”

An NHK Broadcasting Culture Research Institute survey in 2020 showed that 56 percent of respondents between 10 and 15 watched TV for at least 15 minutes on weekdays, compared with 78 percent in 2015.

The results stunned industry officials because they showed that nearly half of people in their 10s and 20s hardly watched TV.

“Viewership among those in their 10s and 20s has dropped significantly in the past five years,” Yamamoto said. “It is only natural for us to produce content that can reach this audience base.”

“Attack 25” had been watched mainly by middle-aged and older audiences. Many of the contestants were in their 40s and 50s.

That setup was already unsuitable in ABC’s strategy to attract U49 viewers.

With TVer and other services becoming widely available for viewers to watch TV programs after their original airing, shows are increasingly produced on the premise that they are also streamed online.

“It becomes difficult to sort out rights when amateurs are included in the cast,” said an official in charge of producing programs at a midsized broadcaster. “It’s more convenient for us to just have celebrities and other famous faces because we can communicate with them through their agencies.”

But broadcasters are also influenced by sponsors’ needs for programs that encourage young people to buy their products.

They are now casting popular YouTubers and producing programs in conjunction with streaming services.

These measures, however, have taken a toll on TV shows that have run for decades.

However, this does not necessarily spell the absolute end for the long-running shows.

“I’m not saying that ‘Attack 25’ will disappear from the world,” the ABC president said. “There could be another development in a different way.”

Broadcasters have increasingly gotten into the export business. They have sold production ideas, staging methods, studio sets and other aspects of their classic TV shows for local remakes in overseas markets.

According to the Ministry of Internal Affairs and Communications, TV format and remake rights were worth about 4.1 billion yen ($36.4 million) in fiscal 2018, a more than fourfold increase from five years before.

The matchmaking show’s final episode in Japan was broadcast in 1985.

(This article was written by Masato Nishida and Erina Doi.)