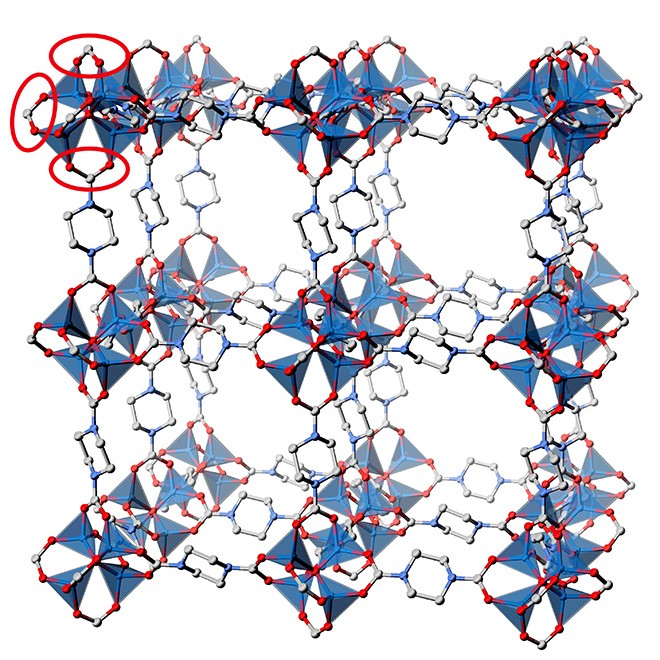 A team of researchers at Kyoto University has created a material capable of storing the greenhouse gas carbon dioxide with one of the main ingredients being carbon dioxide itself.

A major problem with utilizing the heat-trapping gas until now has been that high temperature and pressure was needed to synthesize it.

But the team, led by Satoshi Horike, an associate professor of chemistry, created the new material under normal conditions, which could lead to a reduction of one of the major causes of global warming.

“It was been difficult to utilize carbon dioxide, but we have managed to create a new material under very simple conditions,” Horike said. “We want to pursue our research to develop technology that can contribute to alleviating environmental issues, such as storing large volumes of carbon dioxide.”

The group used an amine, a compound consisting of nitrogen, which is known to react easily with carbon dioxide as the link to create a lattice structure within the porous material. A solution was made by mixing the amine with zinc, a cheap metal that allowed greater stability in the structure of the new material.

Carbon dioxide at room temperature and pressure was blown onto the solution, creating a new porous material from the carbon dioxide--amine and zinc. It was also possible to synthesize the material by passing air with a carbon dioxide concentration of only 0.04 percent through the solution.

About 30 percent of the weight of the new material was made up of carbon dioxide, but the gas was trapped within the interior of the material by applying higher pressure. The volume of carbon dioxide stored in the structure was greater than the amount used to create the framework.

The results of the research were posted on Oct. 12 to the Journal of the American Chemical Society website and can be accessed at <https://doi.org/10.1021/jacs.1c08227>.