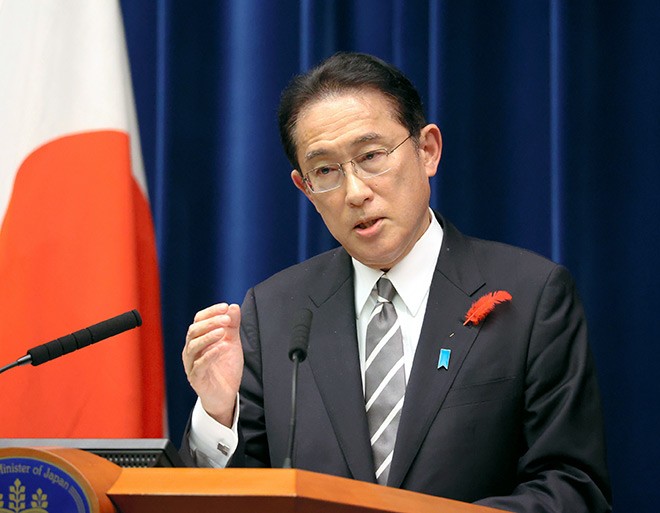 Likely uppermost in Kishida's mind is cementing the power of the Liberal Democratic Party and junior coalition partner Komeito in case his Cabinet approval rate starts to fall in the runup to voting day on Oct. 31 and before the opposition camp marshals its forces to put up a credible alternative.

Other possible concerns involve matters that routinely plague the ruling party: policy blunders, highly unlikely with so little time to do anything, and the risk of Cabinet members blurting out insensitive comments that cause deep offense.

The 17-day period between the decision to dissolve the Lower House and voting day is the shortest in the postwar period.

“I wanted to establish the makeup of the Lower House as soon as possible so as to accelerate the process of formulating specific policy proposals,” Kishida said by way of explanation at an Oct. 14 news conference.

A lawmaker who served in the Cabinet of Kishida’s predecessor, Yoshihide Suga, wryly noted that the “only alternative was to hold the election before the Cabinet approval rating fell.”

The Suga Cabinet’s approval ratings hit a vicious downward spiral due to its poor handling of the novel coronavirus crisis. The Cabinet's approval rating in August, as gauged by an Asahi Shimbun survey, was only 28 percent.

After Kishida won the LDP's leadership election, the Cabinet's initial approval rating climbed to 45 percent. While that represented a vast improvement over the Suga Cabinet, it was also the lowest figure for the first survey of a Cabinet in the previous 20 years.

“Even with the change in prime minister, there is no sense of enthusiasm in the local constituency,” said a former Cabinet minister.

The decision to keep campaigning as short as possible also played havoc with campaign planks outlined by the LDP.

Many of the measures that Kishida had stressed while he was running in the LDP presidential election were scrapped. These include higher taxes on stock gains and other financial transactions and the establishment of a health crisis management agency.

“There will be little criticism about the lack of decisions on policy since the new administration has only recently come into power,” noted one veteran lawmaker.

Rather than try to coordinate opinions within the LDP on difficult policy areas, Kishida and his advisers decided the safer money was on leaving such decisions until after the Lower House election is held.

A veteran lawmaker close to Kishida championed the strategy of putting off a clear picture of what the administration wanted to accomplish until after the election.

Implicit in that idea is that expectations about the new administration would help the LDP emerge victorious.

For their part, the opposition parties are putting up a far more united front in terms of cooperation in fielding candidates compared with the previous Lower House election in 2017. The heads of the various parties said this election offers voters a clear choice between more of the same or opting for a change in government.

The five major parties are throwing their support behind a single candidate in two-thirds of the 289 single-seat districts.

(Naoki Kikuchi contributed to this article.)