Uncertainty over whether TSMC plant will secure domestic chips 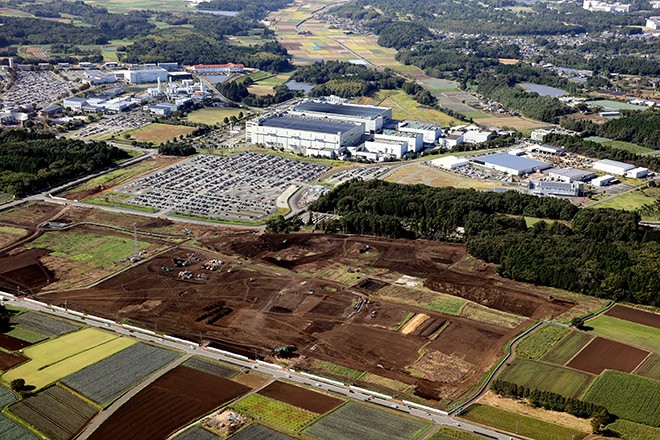 Global chipmaker TSMC announced on Oct. 14 it plans to build its first factory in Japan, a move seen as a boon for the country amid a global semiconductor supply crunch.

The Japanese government is welcoming the news in the hopes it will strengthen the nation’s economic security.

But industry sources question the large sum put forward to lure TSMC, formally known as Taiwan Semiconductor Manufacturing Co., into setting up shop here. And it remains unclear whether the new factory will ensure a stable domestic supply of chips.

“The rising sun flag won’t be carved in those chips,” one person associated with the semiconductor industry said.

The source’s view is that TSMC might not necessarily prioritize supplying Japan with chips if it gains a foothold from the factory’s operations here.

Still, hopes are high among some Japanese companies and locals from where the factory might be built.

The Ministry of Economy, Trade and Industry aggressively pursued TSMC to build the plant in Japan.

The ministry is believed to have pulled out all the stops chasing the investment, promising the chipmaker hefty financial support in its negotiations with the company.

Some have raised concerns over whether the subsidy is a justifiable use of taxpayer’s money.

But proponents point out that if the TSMC factory were built in Japan, it would lessen the concentration of chip manufacturing sites in Taiwan. The hope is that it could help create a stable supply of chips for domestic companies and create more job opportunities.

The investment for the new factory is expected to total 1 trillion yen ($8.8 billion), while the Japanese government is planning to aid the project with 500 billion yen. It plans to include the related expenses in this fiscal year’s supplementary budget bill.

It is rare for the government to give massive aid like this to a foreign company, so the investment may be a tough sell.

“It could be difficult to obtain a consensus from the public for this amid the COVID-19 pandemic when expenditures are swelling,” an economy ministry official said.

Other chipmakers are expected to oppose the financial aid and claim that the government is giving preferential treatment to TSMC.

The new plant would still only be able to meet part of the domestic demand for chips.

Although the government is underscoring its message that the investment will bolster Japan’s economic security, the cost performance remains unpredictable.

C.C. Wei, chief executive officer of TSMC, spoke at an Oct. 14 news conference announcing the factory, but did not reveal the location for its construction. According to a Japanese government official, Kumamoto Prefecture is likely where it will end up.

Some observers said TSMC will cooperate with Japanese companies, including Sony Group Corp.

Sony is making a proposal to Kikuyo municipal government in Kumamoto Prefecture for some 21 hectares of land neighboring its factory there, and it plans to ink a purchasing contract within the year. Some think that is where the TSMC factory will be built.

(This article was written by Daisuke Hirabayashi, Yasuro Suzuki and Kohei Kondo.)