Fifth wave had fewer big clusters possibly due to vaccinations 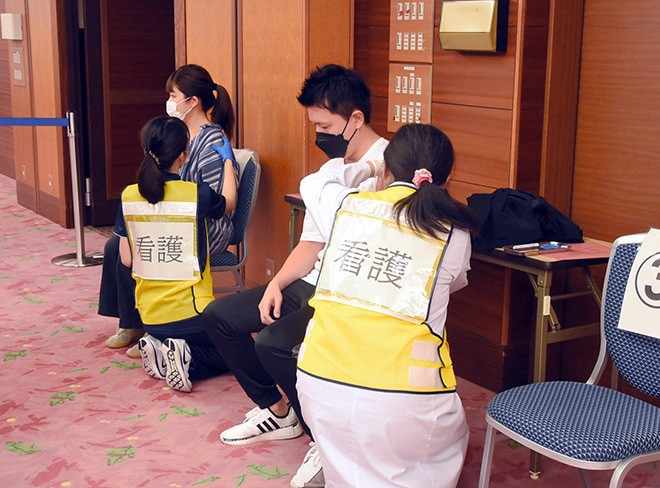 Fewer large group infections of COVID-19 have broken out during the fifth wave of the pandemic possibly thanks to Japan’s successful vaccination rollout, according to experts.

“Vaccinations have caused a decline in the rate of secondary infections, so the size of clusters is getting smaller,” said Takaji Wakita, the head of the National Institute of Infectious Diseases, who chairs the health ministry’s advisory panel on countermeasures against the COVID-19 outbreak, at an Oct. 13 news conference.

This is supported by new research from Tohoku University professor Hitoshi Oshitani and other experts who analyzed cluster infections in Japan.

The researchers found that large clusters of 10 or more people accounted for 58 percent of the total during the first wave in spring 2020. The figure dropped to 42 percent during the fifth wave this summer.

They analyzed infection clusters of five or more people, reported as of Oct. 11.

They compared the rates of different cluster sizes and locations across the different waves. The research did not take unreported clusters into account.

In the first wave, between March and May 2020, officials recorded a total of 193 clusters.

That changed by the fifth wave that occurred between July and September this year, which logged 3,176 cluster cases.

Clusters with five to nine people increased to 58 percent. But clusters of 10 to 24 people dropped to 33 percent, while clusters of 25 to 49 people fell to 7 percent and the final two categories--50 to 99 people, and 100 or more--each declined to around 1 percent.

Meanwhile, clusters that broke out at medical institutions had decreased over the course of the pandemic. They made up 35 percent of locations during the first wave, but just 5 percent during the fifth wave.

The most frequent location during the fifth wave was workplaces, at 31 percent, followed by school and educational facilities at 16 percent and child-welfare facilities, including kindergartens, also at 16 percent.

Wakita chalks up the decline in clusters at medical institutions to stricter anti-virus measures.

The analysis was presented during the advisory panel meeting on Oct. 13.