Princess Mako and Kei Komuro will address media on Oct. 26 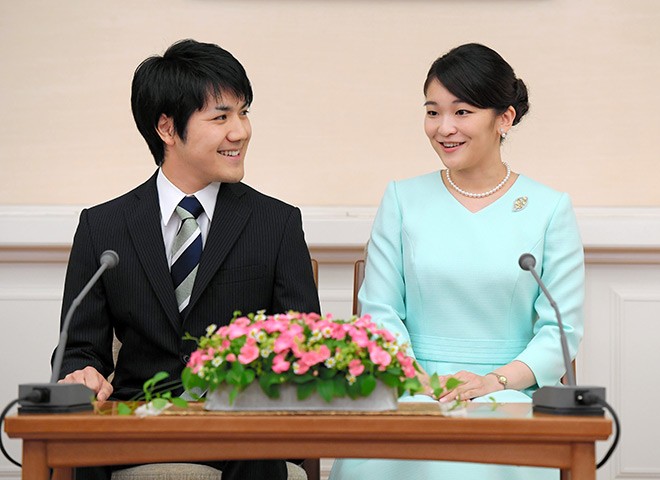 Princess Mako and her college sweetheart, Kei Komuro, will hold a news conference at a Tokyo hotel on Oct. 26 after they register their marriage at a local government office.

Officials from the Imperial Household Agency on Oct. 15 announced details about the upcoming marriage between Komuro, 30, and Mako, 29, the eldest daughter of Crown Prince Fumihito and Crown Princess Kiko.

The last time Mako and Komuro were together at a formal event was at a news conference in September 2017, when they announced their engagement.

Mako will leave the imperial family when the marriage registration is submitted.

The couple plans to move to the United States where Komuro will practice law.

Agency officials said Mako is scheduled to visit the Imperial Palace on Oct. 22 to formally inform Emperor Naruhito and Empress Masako about her upcoming marriage.

Mako will visit Emperor Emeritus Akihito and Empress Emerita Michiko on Oct. 25 to inform them of her plans.

Mako will also pray at the three sanctuaries within the Imperial Palace on Oct. 19.

Agency officials said that Komuro plans to visit the Akasaka Estate on Oct. 18 and meet with Fumihito and Kiko to express his feelings about the upcoming marriage. It will be the first face-to-face meeting between Komuro and Mako’s parents since he left to study in the United States.