Docomo phones went silent for 29 hours due to glitch 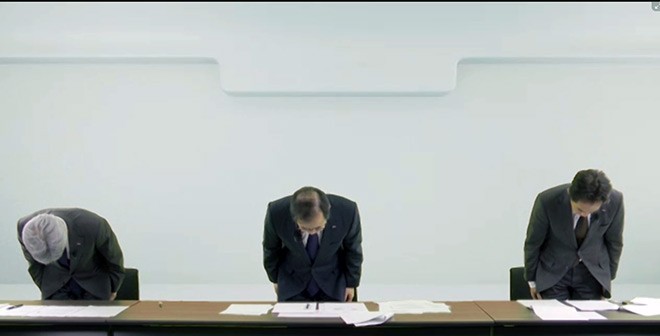 NTT Docomo Inc. apologized for a system outage Oct. 14 that left millions of customers without telephone and internet services.

Vice President Hozumi Tamura offered the apology at an Oct. 15 online news conference. Later in the day, company officials said that all services were back to normal by 10 p.m., about 29 hours after the glitch was detected.

Older models using 3G telecom technology that is two generations older than the most advanced ones now in use were the last mobile phones to have normal service restored.

NTT Docomo, the nation's largest mobile carrier, traced the failure to a malfunction that occurred when attempting to switch to a new computer network storing location data of phone users. That resulted in data being rerouted to the old computer network and led to a re-registration of location data from phones around the world. The huge volume of activity flooding the computer network in turn disrupted mobile phone calls and internet email services.

Even after the computer network problem was put right, it took several hours to overcome the concentration of phone calls and data transmissions. Normal service for most mobile phones was not restored until around 5 a.m. on Oct. 15.

However, users of the older mobile phone models continued to face problems. As of the end of June, about 14 million subscribers relied on 3G mobile phones.

The company has about 80 million contracts that use Docomo transmission lines, including customers of discount mobile phone operators who lease their lines from Docomo.

Although officials could not say how many customers were affected by the computer failure, they identified at least 2 million users of Docomo transmission lines who were unable to use the lines because their location data could not be updated after the initial computer problem arose.

Docomo officials explained that from the time of the initial computer problem until dawn the following day, phone conversation traffic plummeted by 15 percent over the same period of a week earlier and data transmissions also fell by 4 percent.

Because mobile phones are used in so many business sectors, the Docomo communications problem hurt those delivering meals through Uber Eats as well as taxi drivers trying to process credit card transactions for their customers.

Uber Eats drivers use their mobile phones to determine where to deliver meals and disruption of phone services left them with no clue as to where customers lived.

Cashless settlement programs also use devices connected to communication lines with the result that customers had to make payments the old-fashioned way, using cash.

(Tomohiro Yamamoto contributed to this article.)