Komeito clashes with LDP over plan to double defense spending 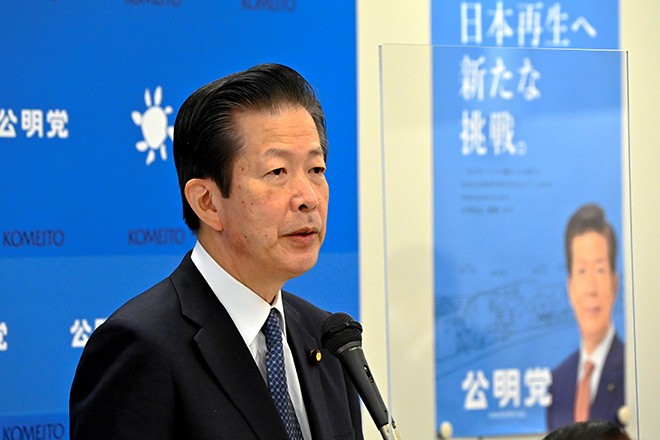 The junior partner in Japan’s ruling coalition took exception to the Liberal Democratic Party’s call as part of its campaign manifesto for the Oct. 31 Lower House election to double defense spending.

Natsuo Yamaguchi, who heads the pacifist-leaning Komeito, expressed grave doubts that the public would go along with the LDP proposal to raise defense spending to around 2 percent of gross domestic product when he met with media organizations on Oct. 15.

“I do not think the public will accept such a sudden distribution of resources that leads only to defense spending doubling overnight,” Yamaguchi said.

Defense spending until now has been mostly kept under 1 percent of GDP.

Yamaguchi pointed out that the fundamental aim of Japan’s postwar defense policy has been to focus exclusively on a defensive posture, thereby removing the country as a threat to regional instability.

Instead, he called for a more appropriate distribution of resources to cover a range of social ills. Yamaguchi cited the nation’s rapidly aging population and declining birth rate. He also called for a sharper focus on social welfare, education and child rearing measures rather than defense.