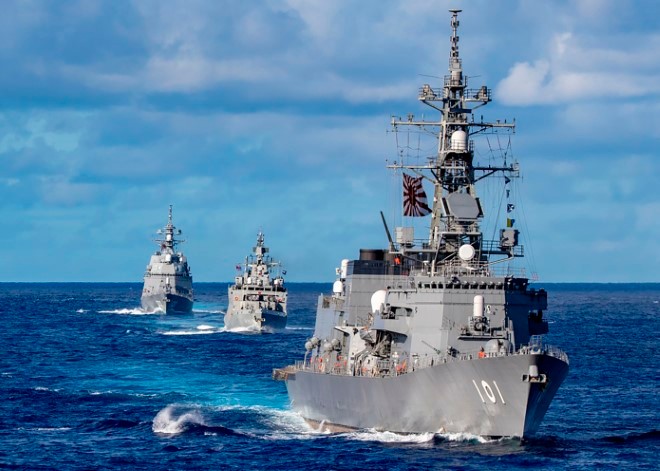 SEOUL--China reportedly tested a nuclear-capable hypersonic glide vehicle from an near-orbital trajectory in August, amid an intensifying race for the next generation of long-range weapons that are harder to detect and intercept.

The United States has conducted tests of hypersonic weapons in recent months, and North Korea said last month it had tested a newly developed hypersonic missile.

HOW THE MISSILE WORKS

Hypersonic missiles travel at more than five times the speed of sound in the upper atmosphere--or about 6,200 kilometers per hour. This is slower than an intercontinental ballistic missile, but the shape of a hypersonic glide vehicle allows it to maneuver toward a target or away from defenses.

Combining a glide vehicle with a missile that can launch it partially into orbit--a so-called fractional orbital bombardment system (FOBS)--could strip adversaries of reaction time and traditional defenses mechanisms.

Both the U.S. and USSR studied FOBS during the Cold War, and the USSR deployed such a system starting in the 1970s. It was removed from service by the mid-80s. Submarine-launched ballistic missiles had many of the advantages of FOBS--reducing detection times and making it impossible to know where a strike would come from--and were seen as less destabilizing than FOBS.

WHO LEADS THE RACE

The Financial Times reported on Saturday that China had launched a rocket carrying a hypersonic glide vehicle that flew through space, circling the globe before cruising down toward its target, which it missed by about two dozen miles.

In July, Russia successfully tested a Tsirkon (Zircon) hypersonic cruise missile, which President Vladimir Putin touted as part of a new generation of missile systems. Moscow also tested the weapon from a submarine for the first time.

The United States said in late September that it had tested an air-breathing hypersonic weapon--meaning it can sustain flight on its own through the atmosphere like a cruise missile--marking the first successful test of that class of weapon since 2013.

Days after the U.S. announcement, North Korea fired a newly developed hypersonic missile, calling it a “strategic weapon” that boosted its defense capabilities, though some South Korean analysts described the test as a failure.

The recent tests are the moves in a dangerous arms race in which smaller Asian nations are striving to develop advanced long-range missiles, alongside major military powers.

Hypersonic weapons, and FOBS, could be a concern as they can potentially evade missile shields and early warning systems.

Some experts cautioned against hype surrounding missiles such as the one China tested in August.

“China already has ~100 nuclear-armed ICBMs that can strike the U.S.,” said Jeffrey Lewis, a missile specialist at the U.S.-based James Martin Center for Nonproliferation Studies, responding to the FT report on Twitter. “Although the glider is a nice touch... this is an old concept that is newly relevant as a way to defeat missile defenses.”