VOX POPULI: Young celebrities’ ‘#I’m voting, too’ reminds me how I wasted my vote 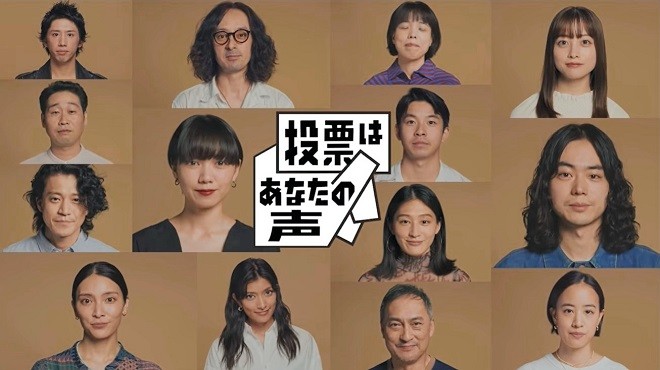 A scene from the YouTube video "Voice Project #I’m voting, too" (Captured from YouTube/ The Asahi Shimbun)

A cholera epidemic was raging that year, but the race was extremely fierce. Candidates who survived and won hosted celebratory drinking parties at their homes, attended by hordes of elated supporters, according to The Asahi Shimbun of that time.

Voter turnout was 93 percent. However, women had no vote yet, and only 1 percent of the Japanese population had suffrage.

Still, 93 percent was an incredibly high turnout, given that the numbers in recent years have hovered around 50 percent. In particular, younger voters in their 20s have been noticeably absent from the polls, with only 30-plus percent voting in the three most recent Lower House elections.

"Our generation has a terribly low voter turnout," they pointed out, "and that means people in it are not going to be taken seriously by politicians."

Suspecting this could be some new kind of government PR, I started watching the video closely and all my suspicions evaporated midway.

Popular entertainers admitted frankly that they used to be unable to take an interest in politics, and that they now regret having abstained from voting.

"#I'm voting, too" is the hashtag of their appeal to young people to go to the polls, and I was favorably impressed by their initiative.

I recalled an Upper House election campaign poster I saw on social media in 2019. It showed a pack of cigarettes printed with the warning, "Kiken wa Kiken"--a pun on Japanese homonyms that mean "abstention" and "dangerous."

The design was created by children's book authors and others, and the message was similar to that of the YouTube video posted by the 14 young celebrities this time.

To tell the truth, I myself repeatedly abstained from voting in my 20s. Incapable then of understanding the "weight" of a ballot in my hand, I used to believe that not voting was one way of expressing my intention.

But now that I have joined the ranks of the middle-aged and older generation, I am deeply contrite.