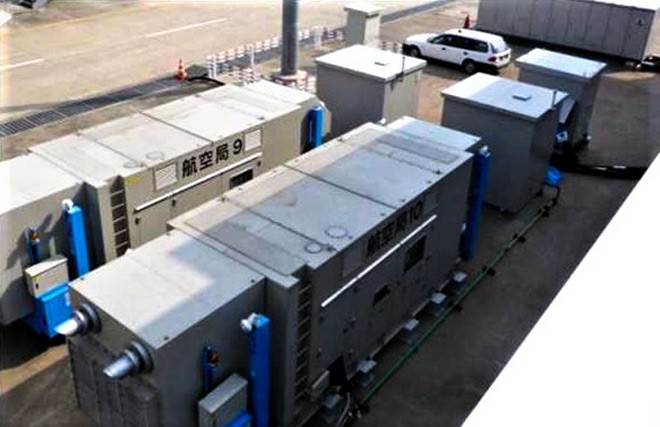 Nearly 40 percent of portable power generation equipment installed for emergency use at airports across Japan could be damaged if a massive earthquake strikes, the government’s Board of Audit found.

The Board of Audit on Oct. 18 urged four airport offices and the transport ministry to ensure that the equipment is secured properly.

The government equipped airports with a back-up power supply to keep their facilities, such as air traffic control towers and aeronautical ground lights, operating even in a power outage triggered by an earthquake, tsunami or other natural disaster.

The government also placed mobile power generation equipment at seven domestic hub airports so that the equipment can be transported to other airports across the country in the event of an emergency.

Such equipment was brought to Sendai Airport from around the nation to supply power to the airport when it was damaged and flooded by the 2011 Great East Japan Earthquake and tsunami.

The Board of Audit inspected 98 portable power generation units installed at offices of hub airports. Of these, 39, valued at about 860 million yen ($7.55 million) in total, were found to be at risk of damage in the event of a huge earthquake.

Eighteen of the 39 units were located at the office of Haneda Airport, followed by 14 at the Osaka Airport office, four at the New Chitose Airport office and three at the Sendai Airport office.

The Board of Audit pointed out that those units cannot withstand tremors since no bolts were used to secure them to the ground. It called for the four airport offices and the ministry to install the units more securely and create rules for the installation of the equipment.

A ministry official refrained from commenting on the results of the inspection, saying the ministry has yet to check the contents.