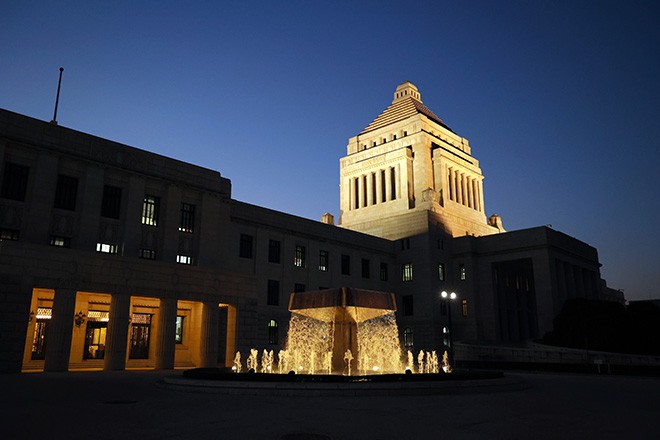 The Diet building in Tokyo's Chiyoda Ward. Seen on the left is the front gate of the Lower House. (The Asahi Shimbun)

Votes cast in 31 of the 289 single-seat constituencies in the upcoming Lower House election will be worth less than half the weight of one cast in the electoral district with the least number of voters, according to a new analysis of government data.

The internal affairs ministry announced the findings following its review of electoral districts, which came as official campaigning for the Lower House election started on Oct. 19. The vote will be held on Oct. 31.

With the principle of equal representation in the electoral system being breached, the government is considering reviewing electoral district boundaries for Lower House elections that may be held in 2022 or later.

The disparities in the weight of a single vote in all single-seat constituencies dropped below the benchmark value of 2.0 in the 2017 Lower House vote after redistricting was carried out.

But they have widened again as the migration of people from rural regions to urban areas has accelerated.

In the anticipated upcoming redistricting, the government is expected to use the results of the 2020 census.