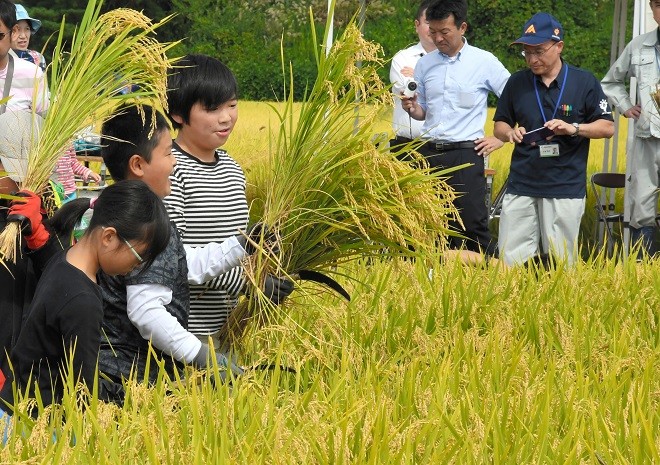 The season of new rice is here, and supermarket shelves are stacked with bags of freshly harvested rice from various regions, marketed under brand names such as Shinnosuke, Seiten-no-hekireki and Yumepirika.

Rice farmers in Hokkaido and the Tohoku region are said to be having a banner year.

I visited Yamagata Prefecture, where the yield per unit of area was reportedly the highest in the nation.

But the operator of a large-scale farm in the town of Takahata in southern Yamagata was unexpectedly glum.

"Actually, our company is having the worst crisis since it was founded," said Toshihiro Yamaguchi, 62, who runs a company named Farm Osonozuka.

The cause of his distress is that the novel coronavirus pandemic has brought down the price of rice by 10 to 20 percent.

The decline in rice consumption due to restaurant closures has left rice dealers with piles of surplus stock in their warehouses, he explained.

"The rice price has fallen for two years in a row, and we just can't see the future," he went on. "I'm afraid more rice farmers will be giving up."

Around his farm, where he was born and raised, depopulation has progressed at an alarming rate in the last 10 years, triggering mass retirements among older farmers.

Determined to protect his community from dilapidation, Yamaguchi has taken over abandoned farmland and hired younger locals to groom into successors.

He also plans to remodel vacant homes in the days ahead and bring in out-of-towners to build a workforce.

In premodern days, taxes were paid in rice. The grain also served as a currency and a financial index.

There were times when skyrocketing rice prices triggered popular uprisings in various parts of the nation.

During the last 60 years, however, domestic consumption of rice shrank to about half the peak level. And 10 years ago, bread overtook rice for the first time in household spending.

The recent "carb control" dietary fad isn't helping, either. I predict that consumers will continue to stick to this trend of eating less rice.

Savoring the exquisite sweetness unique to new rice, I tried to imagine 100 years ahead and wondered what will have become of Japan, traditionally a rice growing and eating nation sometimes referred to as "Mizuho no Kuni" (literally, land of golden ears of rice).