YouTuber pianist thanks French mentor for boost at Chopin contest 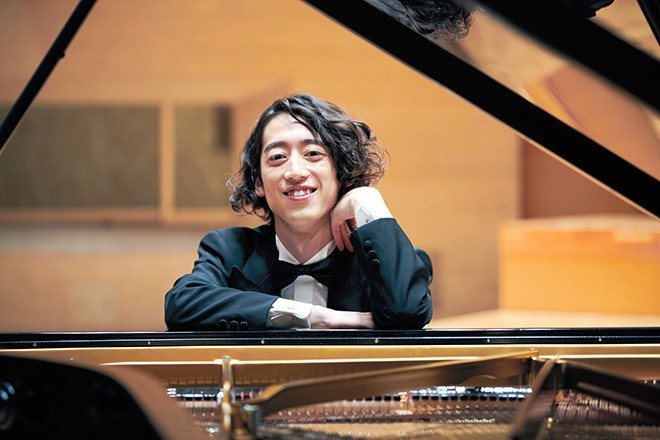 Hayato Sumino is popular on social media but he also proved he’s among the world’s best pianists thanks to his French mentor, who helped him advance to the third round of the 18th International Chopin Competition in Warsaw.

Sumino, 26, has been studying under the tutelage of Jean-Marc Luisada, a former Chopin fifth-prize winner, and took his lessons online over the past year due to the COVID-19 pandemic.

After finishing the third round before the finals, Sumino went to Paris to meet Luisada, who has devoted himself to protecting freedom as an artist.

They hugged each other for about 10 seconds without saying a word when they were reunited, Sumino said in an exclusive online interview with The Asahi Shimbun.

“I really felt his love during the competition,” Sumino said of his teacher. “He openly shows his emotions and genuine empathy for me by sharing my joys and sorrows. The fact that he loves my performance gave me great emotional support, especially from the first to second rounds.”

Sumino took online lessons from Luisada almost every day during this year’s competition.

Sumino said having entered the Chopin Competition carries great significance in his life as a musician.

“It really does,” he said. “It changed me, I think. Well, perhaps, nothing has changed. But I know for sure it was an experience that bears significant meaning for me.”

Sumino has a unique background. Unlike many classical pianists, he didn’t train at a world-famous conservatory of music but studied at the University of Tokyo.

He is also known as Cateen, an influencer, with a staggering 840,000 subscribers on his YouTube channel.

Sumino said he is satisfied with the results, but he also admitted that he wanted to advance to the final round.

“I believe I deserved (the results), but I still can’t help feeling that I wanted to perform a concerto (in the finals),” he said. “I just wanted to perform it regardless of whether winning or losing. I have mixed feelings about that.”