Wild boar, venison on menu of sightseeing train in Fukuoka 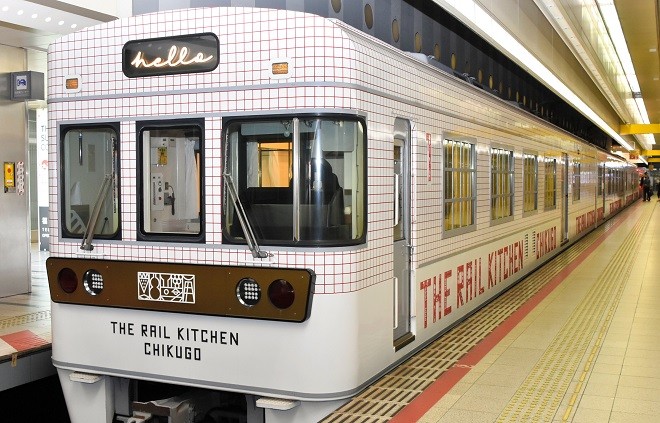 The special offer is aimed at exposing travelers to dishes they might not normally encounter when eating out, and also to bolster consumption.

Meat from wild boar and deer hunted in Yame and Buzen in Fukuoka Prefecture is cooked in a variety of ways, as steak or perennially popular hamburg steak, as well as terrines and rillettes, which look stylish.

Only about 10 percent of the meat from wild animals hunted in the prefecture is used for human consumption. Most of the rest is disposed of.

"This is an opportunity for people to learn how delicious game meat is and perhaps motivates them to eat it once in a while," said Takashi Ono, the executive chef at Seiryuan ryokan inn in Asakura who supervised the dishes.

The Rail Kitchen Chikugo service was introduced by Nishitetsu on the Tenjin Omuta Line in 2019 to revitalize local areas along the line.

Priced at 11,000 yen ($97), including tax, the special dinner is served on the sightseeing train that leaves and returns to Nishitetsu-Fukuoka (Tenjin) Station on Fridays, weekends and holidays until Nov. 28.

To make reservations, visit the official website at (https://reserve.railkitchen.jp/).