Nihon University board chairman allegedly got millions in gifts 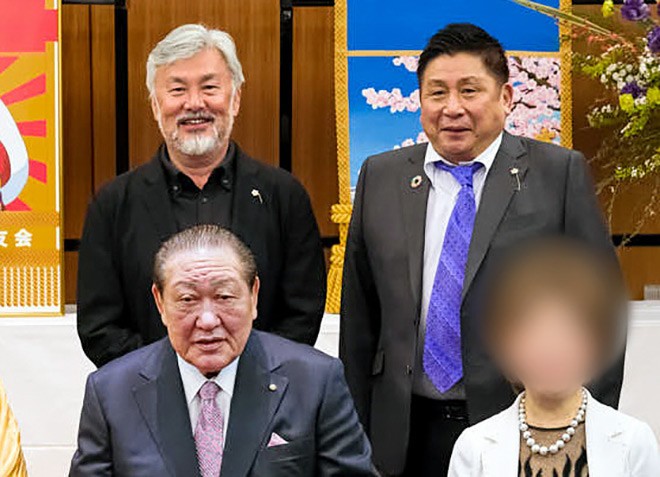 The former head of a medical corporation at the center of a breach of trust case involving reconstruction of a hospital affiliated with Tokyo's Nihon University told investigators he gave 60 million yen ($530,000) to the chairman of the university's board of directors.

According to several sources, Masami Yabumoto, 61, former chief of Osaka-based Kinshukai, handed over 30 million yen in cash on two occasions to Hidetoshi Tanaka, 74, chairman of the board of directors of the university.

The money was intended as an expression of Yabumoto’s gratitude for being paid consultation fees related to various projects undertaken by Nihon University, the sources added. Yabumoto also indicated that a portion of the money was a gift to Tanaka to mark his re-election as board chairman.

A lawyer for Tanaka declined to comment when contacted by The Asahi Shimbun.

Yabumoto told investigators the payments to Tanaka were in no way related to the 220 million yen paid on Aug. 5, 2020, to a dummy company established by Yabumoto from a Tokyo design office chosen to design and manage reconstruction of the Nihon University Itabashi Hospital in Tokyo, sources said.

The payment to Yabumoto’s dummy company was the primary factor behind Yabumoto's arrest and that of Tadao Inoguchi, a former Nihon University board member considered to be a close associate of Tanaka, on suspicion of breach of trust.

Two days after Yabumoto’s dummy company received the 220 million yen, an acquaintance withdrew 30 million yen from Yabumoto’s personal bank account, according to several sources. They said the funds were handed over to Tanaka at a Tokyo restaurant.

Toward the end of September 2020, Yabumoto received a 100-million-yen dividend payment from the dummy company, due in large part to the 220 million yen received from the design office. The following month, Yabumoto again had 30 million yen withdrawn from his account and handed over the money to Tanaka.

Yabumoto told investigators that on both occasions Inoguchi made the initial suggestion for the payments.

Tanaka was re-elected as board chairman on Sept. 10, 2020, so part of the second payment was considered as a congratulatory gift.

Investigators are trying to ascertain details of Yabumoto’s trips to Tokyo and his time spent in the capital to determine his movements.

Sources also said that Yabumoto on other occasions handed over cash payments of several millions of yen to those associated with Tanaka. However, Yabumoto said those payments were all intended for Tanaka.

Tanaka told investigators he knew nothing about the 220-million-yen payment to the dummy company and denied receiving any money from Yabumoto.

Inoguchi also told investigators he knew nothing about the cash payments from Yabumoto to Tanaka.