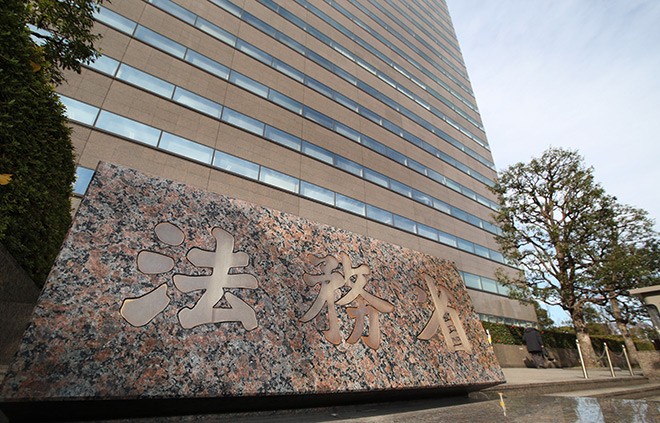 The Aleph successor group to the Aum Shinrikyo cult has repeatedly violated its reporting obligation to the government, possibly subjecting it to punishment that will limit its membership and restrict its daily operations.

The Public Security Investigation Agency said that Aleph failed to follow the requirement, part of punitive surveillance action imposed based on the subversive organizations control law.

The agency asked the Public Security Examination Commission on Oct. 25 to impose the punishment to prevent a recurrence. It marked the first time such a disciplinary measure was requested against Aleph.

The order will mainly prohibit the group for half a year from using its facilities, recruiting new members, obtaining land and buildings and receiving donations.

Under the subversive organizations control law, the surveillance order obligates Aleph to report every three months to the agency chief. It must disclose the names and addresses of its members, its assets and a summary of its profit-making businesses.

But the group failed to make a report in May and August successively and ignored repeated instructions to do so.

The government agency judged that it is necessary to suspend Aleph’s activities temporarily and to learn more about the group’s current situation.

According to the agency, Aleph was ordered to pay more than 1 billion yen ($8.8 million) by the court ruling in a lawsuit brought by Aum Shinrikyo Hanzai-Higaisha Shien Kiko (Support organization for victims of crimes committed by Aum Shinrikyo).

Among the crimes attributed to Aum Shinrikyo was a sarin gas attack by senior members on five trains of the Hibiya Line, Chiyoda Line and Marunouchi Line on the Tokyo subway system on March 20, 1995.

The nerve gas attack killed 14 people and sickened more than 6,000.

Aum Shinrikyo later disbanded and was reformed under the Aleph name.

Under the judgment against Aleph, the agency was asked to disclose the group’s assets situation and reveal information related to its bank accounts.

Aleph claims that it is disobeying the reporting obligation under the surveillance order because the disclosure requirement is illegal, the agency said.

The total number of group members is about 1,310.

The surveillance order has been reissued every three years since it was imposed for the first time in January 2000. The seventh update was done in January this year.

Another Aum successor group, Hikari no Wa (Ring of lights), and a group split off from Aleph, both subject to the surveillance action, obey the reporting requirements, the agency said.