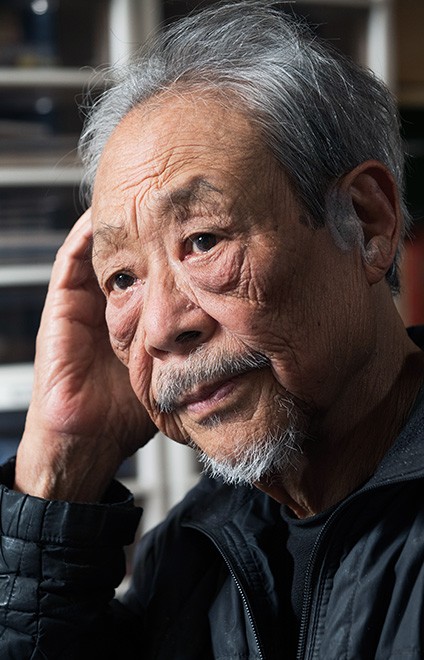 Manga artist Sanpei Shirato, widely known for his rich historical epics such as “Ninja Bugeicho” and “Legend of Kamui,” died of aspiration pneumonia on Oct. 8. He was 89.

Shirato’s real name was Noboru Okamoto. Tetsuji Okamoto, his younger brother, who was responsible for his drawings, also died of interstitial pneumonia on Oct. 12. He was 88.

Shirato’s wife announced their deaths through a publishing company on Oct. 26.

Shirato was born in Tokyo. He was influenced by his father, Toki Okamoto, a painter involved in the proletarian art movement, and learned oil painting from him.

After World War II, he performed “kamishibai” picture card shows, then launched his career as a manga artist in 1957 with a period drama manga, distributed as a rental book, called “Kogarashi Kenshi.”

He also released his work “Ninja Bugeicho Kagemaruden” from 1959 to 1962, in the form of rental books. In the story, the main character Ninja Kagemaru led a riot at the end of the Warring States period.

He published the first series of “Legend of Kamui” between 1964 and 1971 through the magazine Garo.

That story follows the young boys of farmers and ninja, and describes structures of a hierarchical society and resistance to discrimination in detail.

The second series was carried in another magazine from 1988 to 2000. Shirato planned to release a third series to end the story but never did.

“I cannot release the series through a magazine anymore,” he said in an interview with The Asahi Shimbun in December 2017.

Among his other famous works is the ninja story “Sasuke.”  Many of his stories have been adapted into anime.