A-bomb survivor Tsuboi, who met in Hiroshima with Obama, dies 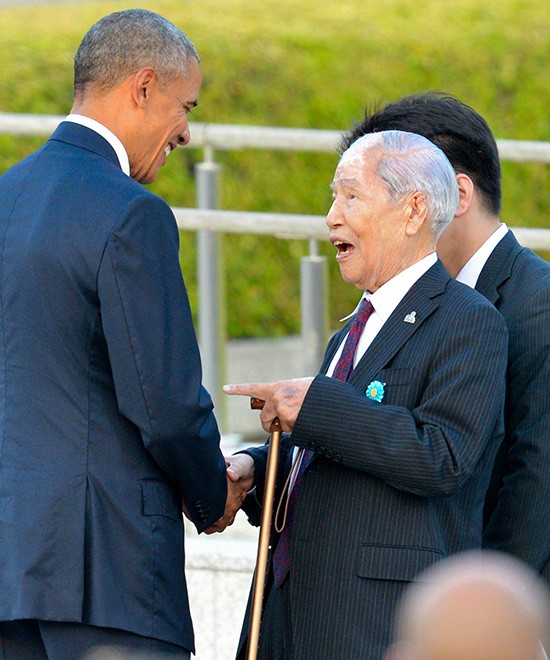 Sunao Tsuboi, who survived the 1945 atomic bombing of Hiroshima and played a leading role in informing a global audience about the experience of a hibakusha, died on Oct. 24. He was 96.

Tsuboi was about 1 kilometer from ground zero when U.S. forces dropped the atomic bomb on Hiroshima on Aug. 6, 1945, during World War II. After the war, he worked as a junior high school teacher and principal in Hiroshima Prefecture.

In 2000, he became a co-chair of Nihon Hidankyo and in 2004 he took on the position of head of the Hiroshima prefectural organization.

He visited the United States in 2000, 2005 and 2010 as a hibakusha representative to attend the Nuclear Nonproliferation Treaty review conference.

Tsuboi, as part of his efforts to advocate a world without nuclear weapons, spoke about his experience in the atomic bombing in which he suffered burns throughout his body both in Japan and in other nations, such as France and Algeria.