Ministry widens target of booster shots to people 12 and older 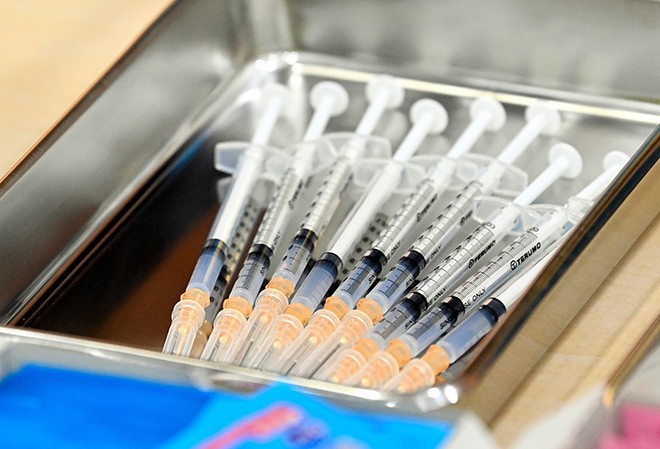 The ministry’s expert panel on responding to the COVID-19 pandemic approved the policy at a meeting on Oct. 28. It will hold another meeting in mid-November and make a final decision.

The costs of the booster shots will be covered by the government.

Vouchers for the vaccine booster shots will be sent to people who have received their second shots at least eight months prior.

But at the Oct. 28 meeting, experts reported that foreign studies have shown that Pfizer Inc.’s COVID-19 vaccine loses its effectiveness after the second doses among all age groups as time passes.

The booster shots heighten the vaccine’s ability to prevent infections and reduce the chances of the recipient developing serious symptoms.

And there were no reports that the side-effects were different between the first two shots and the additional doses.

The rollout of Moderna Inc.’s COVID-19 vaccine started later in Japan, so data on it will be collected from now.

Since the Pfizer vaccine’s effectiveness dissipates among people of all ages, the expert panel agreed there was no need to prioritize certain age groups for the booster shots.

Japan’s decision to widen the target for booster shots was one of the swiftest in the world.

“If a new age or other group are added one after another, there will be huge confusion,” said a panel member associated with municipal governments, which administer the inoculations.

Another official said if the booster vouchers are sent first to the people who received their second shots the earliest, there should be no confusion on a practical level, and that people in higher-risk categories could receive booster shots earlier.

Israel initially restricted the booster shots for people 60 or older but expanded the target to those 12 years old or older.

The United States and Britain started to provide booster shots only to elderly people and people with underlying conditions.

However, Japan’s health ministry said the “strength” of the recommendations for the third doses should be different among different groups.

Many panel members said those who are strongly urged to receive the shots should be specified.

The health ministry, which plans to call on all vaccinated people to receive the third shots, will now specify “who should be recommended the most for the booster shots.” It will also discuss how related information should be provided to the public.

An official decision on the matter will be made in mid-November.

The ministry will also decide on whether the booster vaccine can be different from the two earlier doses.

In Britain, France and Germany, the mRNA vaccines of Pfizer or Moderna are recommended for the third shots regardless of the types used for the first and second doses.

Japan plans to secure enough vaccine doses even if booster shots are targeted at all people 12 years old or older.