A much smaller field, smallest ratio of young candidates 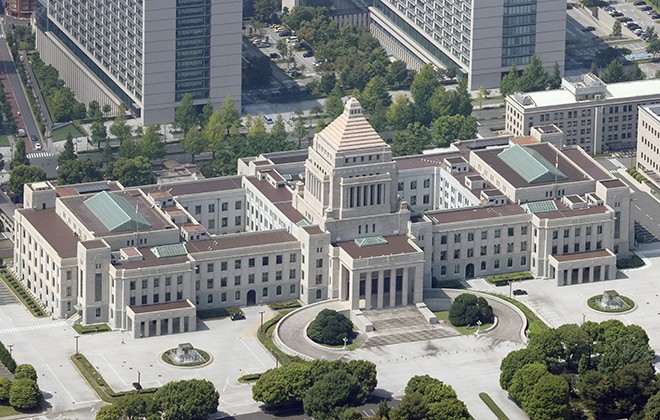 Japanese voters in the Lower House election to be held Oct. 31 will have a greater say in who they want to be in control of the government.

This is due to the united front put up by the opposition camp in backing one candidate in the vast majority of the single-seat districts up for grabs.

This may translate into the opposition increasing its presence in the more powerful chamber and the ruling coalition made up of the Liberal Democratic Party and Komeito prevailing, but with a slimmed down majority. All opinion polls point to the coalition winning the day.

To offer more perspective on the possible outcome, The Asahi Shimbun crunched key numbers to give a comparison with past voting tendencies.

The decision by the opposition parties to work together means fewer candidates are running than at any time since the current electoral system was established in 1996.

In 217 of the 289 single-seat districts, or 75 percent of the total, the five major opposition parties have thrown their support behind the same individual.

The Japanese Communist Party, nearly always a loner in national elections, also decided to join forces with the other main parties with the result it is only running 130 candidates this time, roughly half of the 243 four years ago. The JCP has fielded between 170 and 330 candidates in all Lower House elections since 1996.

The ruling coalition gained two-thirds of the seats in the last Lower House election because the opposition was so divided on the number of candidates to field.

LDP victories in the 2017 and 2014 elections also created a large number of entrenched incumbents, which in turn has raised the average age of candidates running this time around.

The average age of all candidates is 54.2, an increase of 1.4 years over four years ago.

Conversely, there are 97 candidates who are 70 years old or older, or 9.2 percent of the total, the highest figure after 1996.

Among LDP winning candidates in the 2014 and 2017 elections, incumbents made up more than 90 percent of the total. One reason for the low ratio of younger candidates this time is due to the lack of opportunities for the younger generation to take over from a losing older candidate who then decides to retire from politics.

Another key number to watch will be the election turnout.

Voter turnout in the 2014 election was 52.66 percent, the lowest in the postwar era. While that figure rose slightly to 53.68 percent in the 2017 election, the larger number of one-on-one contests between ruling coalition candidates and one from the opposition bloc could lead to a higher turnout this time around because more competitive races are at stake.

Another factor that could also push up turnout is the relative novelty of Prime Minister Fumio Kishida as the new head of the LDP after Yoshihide Suga stepped down after only a year in power.

In past elections held under a relatively new LDP leader, turnout was higher than in the previous election. The 2000 Lower House election was held about three months after Prime Minister Yoshiro Mori became LDP head and turnout increased to 62.49 percent. Likewise, in the 1990 election held about six months after Prime Minister Toshiki Kaifu took over, turnout improved to 73.31 percent.

The Lower House election on Oct. 31 will be held 27 days after Kishida, a former foreign minister, took over as prime minister.

(This article was written by Tatsuya Sato, Hiroki Koizumi and Naoki Kikuchi.)