Mother-to-be won't reveal her identity to hospital treating her 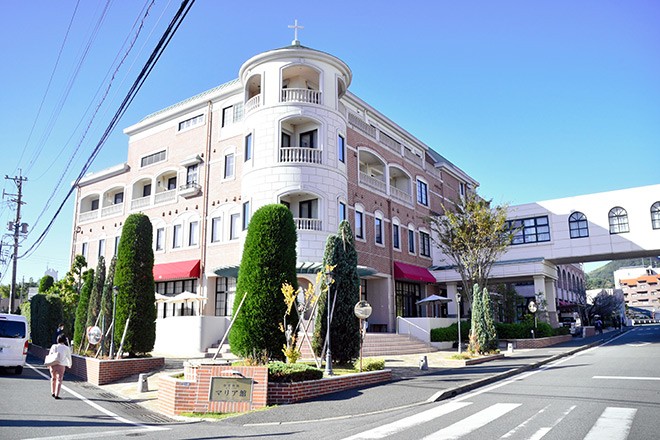 KUMAMOTO--A hospital here behind a pioneering system that allows mothers to anonymously drop off unwanted newborns through a special “baby hatch” called “cradle of storks” is taking another step into legally uncharted territory.

Takeshi Hasuda, the head of Jikei Hospital, held a news conference Oct. 29 to reveal its staff are providing assistance to a woman well along in her pregnancy who refuses to divulge her identity, apparently the first such case in Japan since the hospital introduced its system of confidentiality regarding births in December 2019.

Jikei Hospital first made national headlines after it set up its drop box system, called Konotori no Yurikago (cradle of storks), in May 2007, to save unwanted babies that the mother can safely leave in the care of the hospital.

Under Jikei Hospital’s confidential birth system, women faced with an unplanned pregnancy can consult with hospital staff about giving birth anonymously. The mother’s name is revealed only to the staff member in charge of the childbirth to allow the child to learn the identity of his or her mother in the event they decide in adulthood that they want to know.

According to Hasuda, the woman in question first consulted hospital staff through email and visited the hospital from outside Kumamoto Prefecture. She was placed under observation by the hospital in mid-October. She told hospital staff she wants to give birth without anyone knowing.

Over the past two weeks, hospital staff have tried to convince the woman to reveal her identity, but she has so far refused.

The case raises the possibility of the first confidential birth being carried out with the prospect that the child will never know about its birth mother.

In such a circumstance, the hospital will be obliged to submit the birth report to the local government office while leaving the mother’s name blank.

But according to Hasuda, legal limitations in Japan mean that the local government will not accept the notification, thereby depriving the child of a family register that is essential for a host of administrative procedures in daily life, such as attending school, marriage and divorce.

The hospital in the past has sought instructions and support from the local government about confidential births. Because the woman is nearing full term, the hospital on Oct. 28 asked Kumamoto Mayor Kazufumi Onishi what the city government intends to do.

At his news conference, Hasuda said appropriate care must be provided to ensure the baby is placed at as little disadvantage as current laws allow.

On Oct. 29, a Kumamoto city government official said answers to the hospital’s questions would be provided later and asked that priority be placed on ensuring a safe delivery.

The confidential birth system is designed to prevent the worst-case scenario of a mother giving birth by herself at home, for example, that could place both her and the baby in grave danger. The measures in place for confidential birth would also protect the child’s right to know about his or her birth mother.

Although Japan has no legal provisions for such births, health ministry officials have studied similar programs in place in other countries.