10 injured in stabbing, fire in Keio train in Tokyo’s Chofu

Passengers flee to different cars of a Keio Corp. train after a fire breaks out. (Video provided by a passenger whose Twitter account is @siz33) 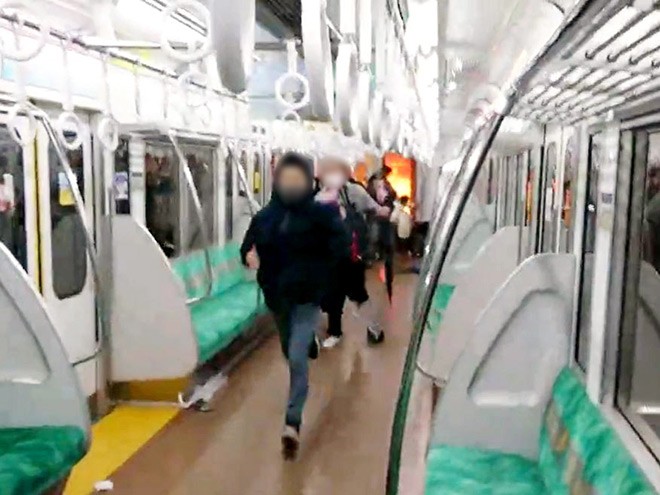 Passengers flee to different cars of a Keio Corp. train after a fire breaks out. (Captured from a video on Twitter)

An elderly man fell unconscious after being stabbed and several other passengers were injured on a Keio Corp. train in Chofu, western Tokyo, on Oct. 31, police said.

Police arrested a knife-wielding man, 24, on suspicion of attempted murder at the scene.

Tokyo Fire Department officials said the limited express train bound for Shinjuku was filled with smoke after a fire inside a train car. A train seat was burned and there was a report that lighter fluid was used to start the fire.

The man who was stabbed is in his 60s or 70s. About 10 other passengers were injured, some complaining of sore throats, said officials of the Metropolitan Police Department.

Police received an emergency call before 8 p.m. about a man holding a knife inside a moving train, which made an emergency stop at Kokuryo Station.

Keio suspended part of its train operations. Passengers on the train were evacuated from the station platform.