Voter turnout hit 55%, higher than in election 4 years ago 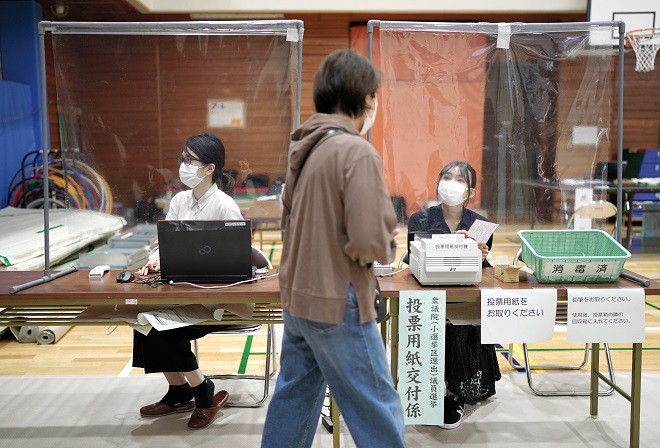 A Tokyo voter prepares to receive a ballot Oct. 31 at a voting station where measures against COVID-19 were in place. (Ryo Kato)

Voter turnout in single-seat districts of the Lower House election on Oct. 31 reached 55.33 percent, compared with 53.68 percent four years ago, according to figures compiled by The Asahi Shimbun.

Turnout in the 2017 Lower House election was the second lowest in the postwar era.

But this time around, there was the novelty of a new prime minister, Fumio Kishida, who only took office about a month ago. Similar circumstances in past elections also led to higher turnouts.

The Ministry of Internal Affairs and Communications announced that 20,584,857 voters cast their ballots early. The figure represents 19.49 percent of all voters and a decrease of 795,120 in comparison with four years ago.