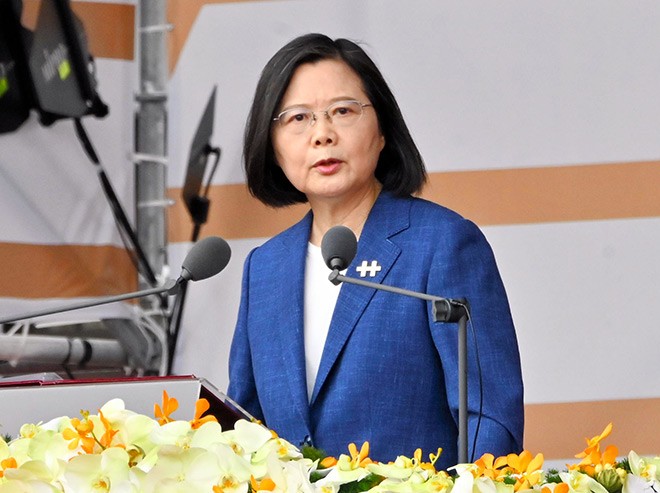 TAIPEI--Nearly 60 percent of Taiwanese believe Japan would dispatch the Self-Defense Forces to come to their assistance in the event of an attack by China, according to a recent poll.

The data appeared in a survey published by the Taiwanese Public Opinion Foundation, a private think tank, on Nov. 2.

It is the first systematically conducted poll on the topic since China repeatedly sent its military aircraft into Taiwan’s Air Defense Identification Zone in early October.

Among 1,075 valid responses, 58 percent believed that Japan would dispatch the SDF to help protect Taiwan if China attacked the island, while 35.2 percent didn’t think so.

The poll also showed that 65 percent believed that the United States would take part if Taiwan went to war with China, whereas 28.5 percent said they wouldn’t.

The survey showed more Taiwanese fear an attack by China now than they did in 2019.

A total of 28.1 percent of respondents said they believed China would invade Taiwan one day, up from 16 percent in a November 2019 survey.

Still, more than twice the respondents, or 64.3 percent, answered that they didn't expect China to invade, down from 77.4 percent in the 2019 survey.

The poll also asked Taiwanese how they felt about their own military and the Tsai administration’s efforts to prepare against an attack by China.

Similarly, 43.7 percent believed that the government’s preparation was adequate, while 47.6 percent said it wasn’t.

“Many Taiwanese view the military tensions between China and Taiwan level-headedly," the foundation said, commenting on the survey.

"Amid the increased international interest in China-Taiwan relations, a large number of Taiwanese believe that they would receive cooperation from Japan and the United States, which they believe they can count on.”

The survey, conducted from Oct. 18 to 20, was based on telephone interviews with more than 1,000 Taiwanese.