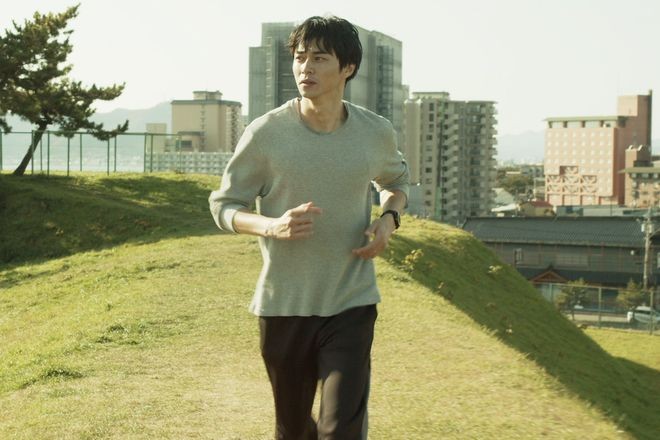 A scene from "The Sound of Grass" produced by Cinema Iris in Hakodate, Hokkaido ((c) 2021 HAKODATE CINEMA IRIS)

Numerous small cinemas in Japan, forced to close or cut hours under the COVID-19 pandemic, have used the downtime to branch out into making movies of their own.

The films add to the boom of indie films in Japan, which have doubled in the past 15 years, with many shown in the nation's small cinemas.

For many indie cinema operators, the lack of business during the pandemic has risked putting them in dire straits, but it has also led to operators collaborating and a renewed appreciation of the cinemas' value as cultural hubs that support the diversity of film screenings.

But shooting ended up delayed by the pandemic, which also forced the theater to temporarily shut down.

"When the town went quiet like a ghost town, I thought I really feel compelled to make the movie," Sugawara recalled.

He was able to make the movie with support from locals, a crowdfunding campaign called Mini-Theater Aid, and other efforts intended to help movie theaters.

Unlike past efforts produced in the small cinema community, which tended to be made to promote the charms of local areas, the new crop of films, while still highlighting homegrown talent and utilizing a community-based network, are higher quality and aim for commercial success.

"The Sound of Grass," produced to celebrate the 25th anniversary of Cinema Iris, features various locations in Hakodate, as the protagonist, played by Masahiro Higashide, runs along the seaside, through the streets and other parts of the city, bathed in soft light.

The film, released on Oct. 8, is the fifth project in a series of films produced by Cinema Iris based on novels by Yasushi Sato, who hailed from Hakodate and died an untimely death in 1990, taking his own life.

Sugawara's motivation for getting involved in the film was simple.

Sugawara has previously teamed with up-and-coming directors to produce movies that met with critical acclaim at film festivals, starting with the 2010 film "Sketches of Kaitan City," directed by Kazuyoshi Kumakiri.

To produce the film, Sugawara asked local film fans and companies for cooperation while he started a fund-raising drive to raise about 50 million yen ($437,700).

Locals also pitched in by recruiting extras and making arrangements for meals and cars.

The film was screened in local theaters across Japan, helping it achieve commercial success, which led to the successive films in the series.

Other independent theaters have also ventured into filmmaking.

The cinema chose Yokohama native Yusuke Okuda to direct the project, which is set to open at the theater in December before being shown in other areas from January.

The film was also screened at the Tokyo International Film Festival, which opened in late October.

The film, "Kyou, Eigakan ni Ikanai?" (Do you want to go to a cinema today?), will open from November in the Keihanshin region, which includes Kyoto, Osaka and Kobe.

A wide variety of works were brought together for the project, which was developed at the initiative of director Kaori Oda, known for the film "Cenote."

Oda's first feature film was shown at the theater.

"It's a place where I can feel responses from the audience. I owe this theater a lot, so I hope it survives for a long time," she said.

Yuko Iwasaki is the managing director of the Japan Community Cinema Center, which consists of small cinemas and other organizations.

Commenting on films produced by small theaters, she said, "Independent theaters cherish films and filmmakers closely associated with their communities, while many of their films are unique and distinctive enough to make a clear departure from 'locally made, locally oriented films' that strongly reflect promotional intentions."

"Small cinemas question their own future and their relationships with the audience and filmmakers," Iwasaki added. "I think there will be more films that can only be made by small cinemas."