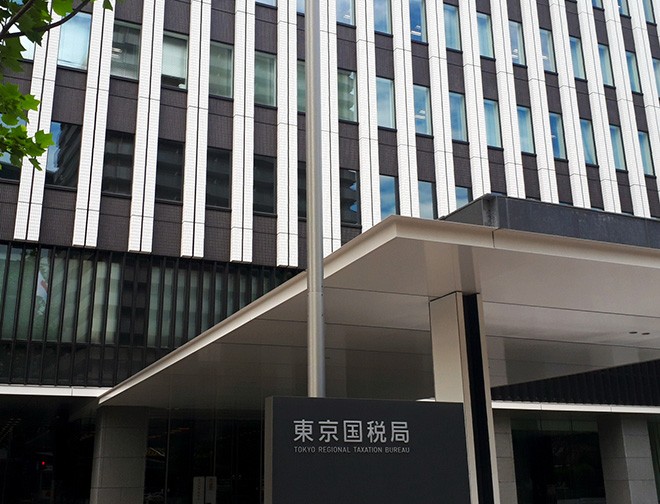 Officials of the Tokyo Regional Taxation Bureau conducted a tax audit of a company in the capital’s Taito Ward that operated a photo studio aimed at foreign tourists.

The company had annual sales of only about 10 million yen, but tax officials discovered huge amounts of cash going in and out of the company’s accounts, the sources said.

One of the accounts was with an exchange that converted cryptocurrency into yen.

Tax officials found that for the three-year period until March 2019, three individuals living in China sent the equivalent of about 27 billion yen in cryptocurrency to the Tokyo company to have it converted into yen. The Tokyo company pocketed some of the yen as its commission.

The three Chinese gave instructions through the WeChat app, and the converted yen was used in several real estate deals made by other Chinese investors.

The trio served as an intermediary to gather yuan from wealthy Chinese who wanted to invest in Japanese real estate, the sources said.

Any Chinese individual seeking to transfer more than $50,000 (about 5.6 million yen) abroad over the course of a year must first apply for permission from the Chinese government.

The difficulty of tracing transfers of cryptocurrency was a major reason the People’s Bank of China in September announced a total ban on various services related to cryptocurrency.

The sources said Tokyo tax authorities considered taxing the Tokyo company for the commissions it received, but they abandoned the idea because of the company’s financial losses.

One tax expert said Tokyo should cooperate with China in cracking down on suspicious transfers of cryptocurrency.

Nobuhiro Tsunoda, a retired National Tax Agency official who is now chairman of Ernst and Young Tax Co. in Japan, said major problems would arise if tax authorities were unable to instantly follow huge inflows of cryptocurrency. Proper taxation, he said, would not be possible under such circumstances.

“The latest case shows there is a need to cooperate with Chinese tax authorities to thoroughly unravel the flow of funds, clarify the problems involved in such transactions and implement measures to deal with the problems,” Tsunoda said.

The Tokyo-based company stopped operations late in 2020. The operator was a man in his 30s originally from China.

Although the company did not have huge annual sales, an acquaintance of the company owner received about 1 billion yen in an interest-free loan.

“He lent me the money because of our personal ties,” the acquaintance said. “I never knew why he had that money nor did I ask.”

Tax authorities have tried to strengthen oversight of cryptocurrency, but it is difficult to monitor all such transactions.

Since 2020, tax officials have been given the authority to ask for reports on customers of cryptocurrency exchange operators, as long as certain conditions are met.

One aim is to strengthen monitoring of those who fail to make proper reports even while handling huge amounts of cryptocurrency.