GM rice seen as an ideal oral vaccine against cholera 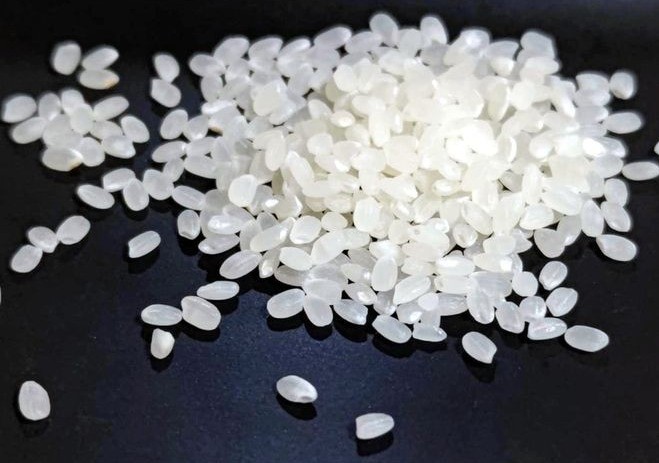 Researchers primarily from the University of Tokyo, noting that average per capital consumption of rice is 50 kilograms a year in Japan, are working to produce an oral rice-based vaccine against infectious diseases. (Takahiro Takenouchi)

Imagine grinding grains of rice into a fine powder and placing the mixture in a glass of water to take a gulp, and hey presto, instant immunization against infectious diseases.

Well, that’s the basic premise behind cutting-edge Japanese research to develop an oral vaccine to guard against such emergencies, which seems prescient in light of the COVID-19 pandemic ravaging the world.

Researchers primarily from the Institute of Medical Science of the University of Tokyo (IMSUT) developed a strain of rice with a protein that works as a vaccine to prevent the onset of cholera symptoms, including diarrhea.

Cholera is spread mostly as a result of ingesting water contaminated with the cholera bacillus, although undercooked seafood is also another source.

The disease, which particularly plagues developing nations, affects up to 4 million people each year with up to 140,000 deaths.

Oral cholera vaccines are already available for practical use, but there are obstacles to widespread use, such as the need for refrigeration.

Researchers led by Hiroshi Kiyono, a project professor of immunology with IMSUT, set their sights on rice that can be stored at room temperature as a candidate for an alternative cholera vaccine.

They developed a genetically modified strain of rice plant purpose-designed to generate part of a protein that is used during the absorption of cholera toxin by the intestinal tract but is harmless in itself.

Grains of the rice strain result in an ideal vaccine when they are pulverized and mixed into a physiological saline solution. Its key ingredient, when absorbed by the intestinal tract, creates antibodies, thereby immunizing the individual who consumes the liquid.

The researchers first verified the safety and effectiveness of the oral vaccine in mice, pigs and monkeys and then conducted clinical trials in 2015 and 2016 on 60 adult males at the IMSUT Hospital.

No serious side reactions emerged among those who took the vaccine. Antibodies to suppress the absorption of the cholera toxin were generated in the blood of between 40 and 75 percent of the test subjects.

The team also found that, the larger the dose of the vaccine taken, the more antibodies were generated.

They are now hoping to team up with with a business to conduct additional clinical trials based on a larger number of subjects to assess the effectiveness of the vaccine toward the eventual goal of its potential practical use in the future.

The researchers are currently growing the purpose-designed rice strain at the IMSUT complex in Tokyo’s Shirokanedai district. They also plan to work with Chiba University, which has proven know-how to cultivate plants, and other entities to grow the GM rice in larger volumes.

Kiyono said animal tests had shown the subjects were immunized effectively by using rice grains that had been stored at room temperature for three years. He added the oral vaccine could also potentially be applicable to the COVID-19 virus, which is mostly transmitted to humans through mucous membranes of respiratory organs, and other pathogens.

“Rice grains, which do not require the use of syringes or refrigeration, could become an ultimate vaccine,” Kiyono said. “We are hoping to have one that can be put into practical use as soon as possible.”