Lens on life of actress Kinuyo Tanaka in photos, letters 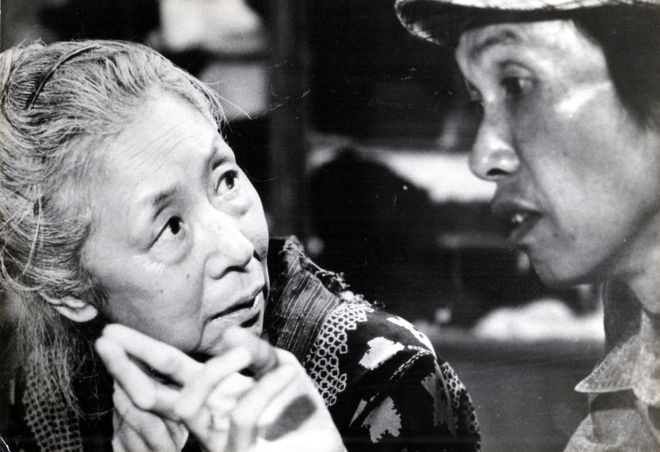 “Sandakan No. 8,” for which Kinuyo Tanaka won the Silver Bear for Best Actress at the Berlin International Film Festival ((c) 1974 Toho Co.)

KAMAKURA, Kanagawa Prefecture--A special exhibition celebrating the life of Kinuyo Tanaka, one of the stars of the golden age of Japanese cinema who got her start in silent movies, is now being held in this historic coastal city that she called home for much of her life.

Born in Shimonoseki, Yamaguchi Prefecture, Tanaka (1909-1977) lived for many years in Kamakura.

She made her acting debut at 14 and went on to win critical acclaim for her role in “Flower in Storm.”

Tanaka took on more serious roles after she teamed up with master director Kenji Mizoguchi for his “A Woman of Osaka” (1940).

After the war, she worked with many great directors, among them Yasujiro Ozu, Mikio Naruse and Keisuke Kinoshita, and earned a reputation as an actress who represents Japanese cinema.

She received the Silver Bear for Best Actress award at the Berlin International Film Festival for her role in “Sandakan No. 8” (1974) directed by Kei Kumai.

Tanaka made her directorial debut in 1953 with “Love Letter,” becoming the first female director for narrative films in Japan.

In total, she made six films as a director, earning her a reputation as a pioneer in Japanese cinema.

Although copies of “A Woman of Osaka” no longer exist, its story is re-created on a special display created by curator Kurumi Abe using stills, screenplays and other personal items left by Tanaka. Letters from Mizoguchi, Ozu and Kinoshita are also displayed.

Photos taken when she visited the United States in 1949 as a cultural envoy show how Tanaka was inspired by Hollywood.

For more details, visit the official website at (https://kamakura-kawakita.org/en/exhibition/202109_tanakakinuyo-2/).