EDITORIAL: China’s move to elevate Xi to cult status will only cause it harm 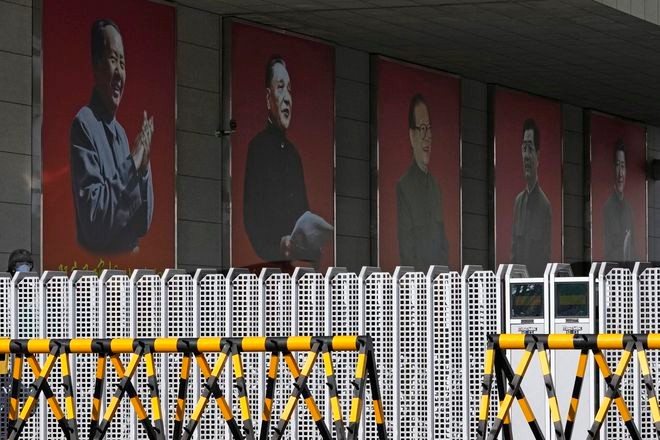 The Chinese Communist Party’s move to rewrite its history to elevate the status of its leader and ensure that the public will embrace the official version of its past is the latest sign of China’s increasingly inward-looking attitude.

However, that move will only serve to push the rising superpower further away from the rest of the world.

The Communist Party, which marks its 100th anniversary this year, passed a resolution to officially reassess its history at the sixth plenary session of the 19th Central Committee, the party’s supreme decision-making organ.

President Xi Jinping has become the third Chinese leader to preside over the passage of such a resolution, the first of this kind in 40 years. The previous two were Mao Zedong and Deng Xiaoping.

While the entire text has yet to be published, the touchstone document on the Communist Party’s past apparently claims the ruling party’s infallibility and extols Xi’s achievements as the supreme leader.

This resolution is different in one important respect from its two predecessors, which were issued to mark an end to power and ideological struggles. The latest one is clearly designed to cement Xi’s status as an epoch-making leader alongside Mao and Deng and proclaim the start of a new era.

In China, where the government imposes tight restrictions on free speech, the views about history endorsed by the leadership pervade society through education and other systems to control the public.

Perceptions of history, however, should be formed socially through public debate on diverse views and opinions as well as examinations of historical facts. A country’s leadership is guilty of hubris and self-righteousness if it rewrites history for its own convenience.

Xi revised the nation’s Constitution in 2018 to scrap the two-term limit on the presidency, paving the way for him to serve an unprecedented third five-year term as president. At the party congress next year, he is widely expected to win another term as leader and lay a foundation for his long, iron-fisted rule.

China is facing a raft of tough challenges, ranging from its bitter confrontation with the United States and slowing economic growth to the rapid aging of the population amid low birthrates and a widening income gap.

Chinese leaders appear to be betting that the concentration of power in the party is crucial for stability of its rule, which is not based on the democratic process of winning a public mandate to govern the nation.

China’s state-run media have recently been awash with articles that blatantly glorify Xi’s leadership and seem to be aimed at promoting the cult of his personality. This media campaign to worship Xi also appears to reflect the party leadership’s sense of crisis.

In the past several years, China has shown a tendency to place greater importance on the party’s evaluation of its history than on anything else. Foreign researchers have pointed out that international joint research in Chinese history with Chinese scholars has become more difficult than before.

China has grown wealthier because it has opened its economy to the world and pursued cooperation and collaboration with the free world. Beijing should not forget this history and confine itself to a world according to its own ideas about history.

The Chinese government should not delude itself into believing that it will benefit from strengthening its already disturbingly exclusive and hard-line attitude toward other nations.

Despite its one-party rule, China has chosen a political system to prevent the evils of extremely concentrated power. This approach is said to reflect lessons learned from the Cultural Revolution, a broad and radical social and political movement from the 1960s to the 1970s driven by the cult of Mao, which is blamed for destruction and casualties on a tremendous scale.

We wonder what the current Chinese leaders think about these lessons and efforts made by past leaders.

They need to realize that a version of history adopted by the rulers solely to maintain their grip on power is only harmful to both their country and the international community.