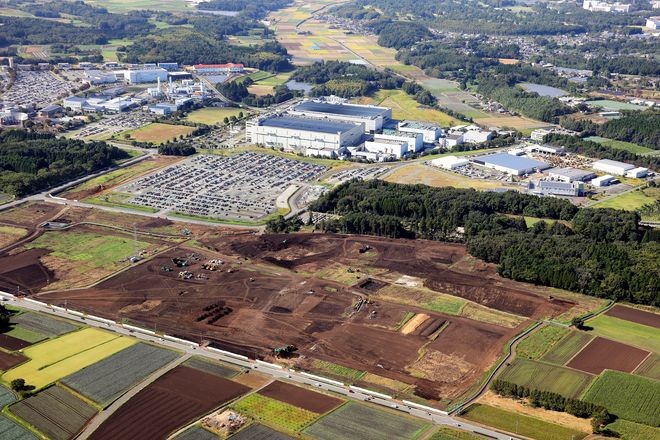 Japan's economic stimulus package will feature a plan to urgently strengthen the chip industry while the government will also formulate a strategy for storage batteries, trade minister Koichi Hagiuda said on Monday.

Hagiuda unveiled the plan days before Prime Minister Fumio Kishida is set to announce a stimulus package worth "several tens of trillion yen" to ease the pain of the COVID-19 pandemic and revive the economy.

The plan followed an announcement by Taiwan Semiconductor Manufacturing Co. (TSMC) last week on planned construction of a $7 billion chip plant in Japan with Sony Group, a move that was welcomed by the Japanese government.

Japan's chip-making sector, once the world's No. 1 industry in the 1980s, has struggled to maintain its competitive edge, going into steady decline in the past three decades, as regional rivals such as Taiwanese manufacturers make headway.

"A major cause of the lost three decades was the lack of digital investment," Hagiuda told a panel meeting at the ministry.

"Many of the problems Japan faces could be resolved by making use of digital technology ... The key to post-corona growth is to revitalize broader digital investment nationwide."

Hagiuda said the government was considering steps to encourage the establishment of large-scale production sites for storage batteries, which he said held the key to achieving green and digital targets.

Japan wants world No. 1 contract chipmaker TSMC to build plants to supply chips to Japan's electronic device makers and automakers as trade friction between the United States and China could hurt supply chains and demand for the key component grows.

Japan will promote production bases for semiconductors, COVID-19 vaccines and drugs as part of a stimulus plan, which calls for the government and the central bank to share a strong sense of urgency while retaining an appropriate mix of monetary and fiscal policies, a draft plan seen by Reuters showed.