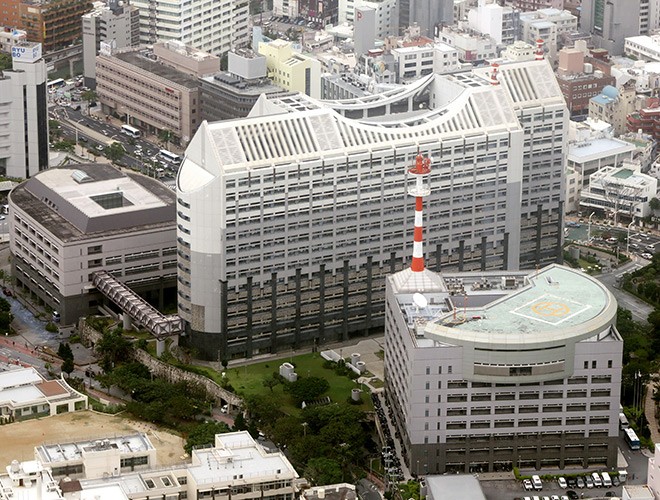 A person associated with the U.S. military tested positive for COVID-19 upon arrival at Narita Airport but instead of being quarantined took a flight to Naha the next day, Okinawa prefectural officials said on Nov. 15.

There were 27 passengers near him on the flight for Naha, according to the prefectural government, seven of whom it has not yet been able to reach. None of the other 20 passengers have reported positive tests for the virus.

“It is deeply regrettable because the case could lead to expanding the infections in the prefecture,” a prefectural official said.

The infected passenger, a man in his 20s who belongs to Camp Foster in Okinawa, arrived at the airport near Tokyo on Oct. 30 on a flight from the United States, prefectural officials said.

He tested positive at a quarantine station at the airport. It is not known why he was not put under quarantine.

According to the prefecture, it is a common practice that if persons related to the U.S. military test positive at an airport, other military personnel come out to pick them up and then isolate them inside the base.

But the man took a flight from Narita Airport to Naha Airport in Okinawa Prefecture on Oct. 31, according to the prefecture. He then made his way to Camp Foster spanning Kitanakagusuku village and other municipalities using a friend's car.

Chief Cabinet Secretary Hirokazu Matsuno at a Nov. 16 news conference said that following the incident, the government asked the U.S. military in Japan to thoroughly take countermeasures for border control and to prevent such a case from happening again.

Matsuno reported that the U.S. military said the man would face disciplinary action and told the government that it would "issue a harsh response over this case, including punishing the man.”

He said that the U.S. military assured him that, “We will take this case seriously and have warned all U.S. military personnel in Japan that they should comprehensively comply with measures to prevent the spread of the infection."

The prefecture is asking the foreign and health ministries to investigate the causes of the case and provide an explanation about why it was allowed to occur.

The prefectural government had also asked them to enforce countermeasures more strictly as of Nov. 10.