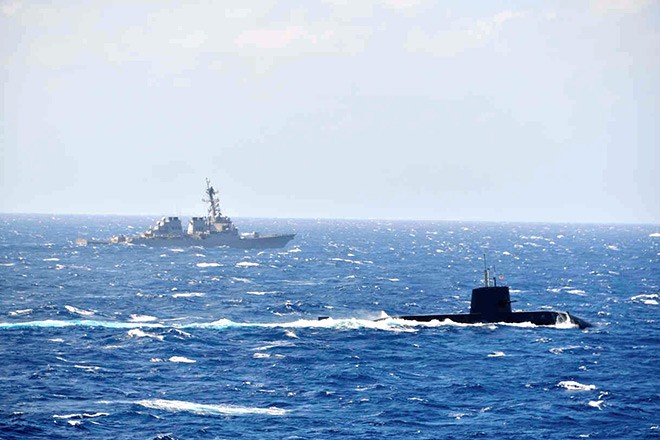 The joint exercise is aimed at highlighting their capabilities and keeping China, which is building military bases in the South China Sea, in check.

“The ability to conduct an advanced (joint) drill in any areas of the sea shows a high level of interoperability between Japan and the United States,” MSDF Chief of Staff Hiroshi Yamamura said at a news conference held the same day. “It also represents the deterrence and response capability of the MSDF and the U.S. Navy.”

An MSDF submarine, along with the destroyer Kaga, which is expected to be converted into an aircraft carrier, and P-1 patrol aircraft, participated in the joint drill, according to the announcement.

Patrol aircraft monitor the movements of submarines from above. It is rare for a Japanese patrol aircraft to fly over the South China Sea, according to the MSDF.