Kintetsu to roll out luxury express train on Nara route 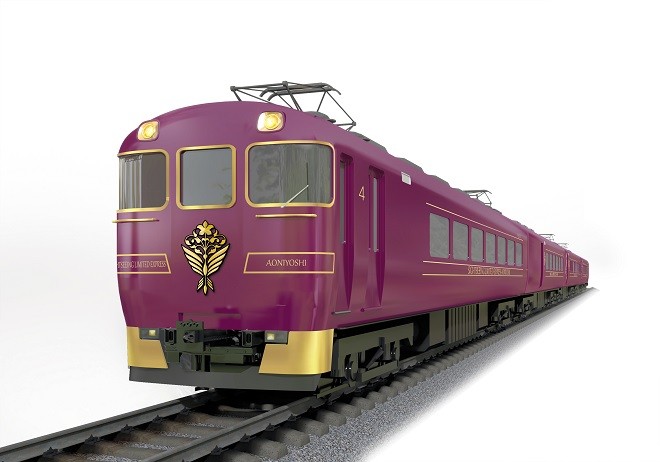 The operator hopes the service starting from April 29, 2022, will attract passengers from Osaka and Kyoto heading to Nara once the novel coronavirus pandemic settles down.

The word “aoniyoshi” is an epithet used in “waka” poems in association with the ancient capital of Nara, an increasingly popular venue among inbound tourists.

The company spent about 330 million yen ($2.9 million) to renovate an existing express train into the four-car train.

The number of seats is reduced to 84, or one-third of regular capacity, to allow passengers to enjoy the passing scenery in a more leisurely manner, according to the company.

The exterior is painted purple, which constituted the highest color in the 12-level cap and rank system that governed the lives of court officials based on the type of cap they wore.